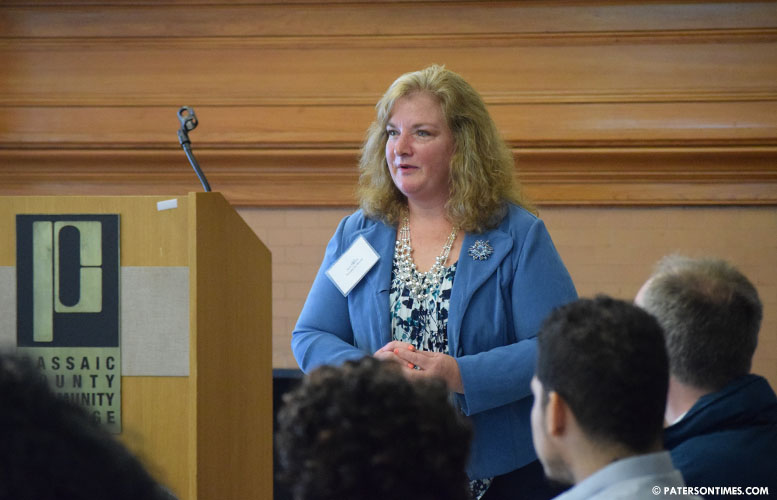 Michael Kostack, owner of car air freshener maker Olde Granddad Industries, has been marketing products through catalogs. He had employees manually handling data entry for each order until his firm connected with the Passaic County Community College to secure training through the Ready to Work New Jersey grant program.

Part of the training included a digital expansion that allowed his firm to automate order entry and develop a new website, said Kostack. He and his wife were provided training to manage the new platform developed by tech savvy Passaic County College student Chris Medrano. His firm employs 15 people. He has created three jobs as a result of receiving grant funds through the job training initiative, he said.

“It’s helping us stride forward,” said Kostack last week. “In the past years, we’ve been making catalogs.” His firm has over 10,000 products. Now that the products are in a digital system his sales representatives can easily avoid selling out-of-stock items.

Kostack’s firm manufactures and distributes its scented products. Some of his customers include Febreze and Yankee Candle, he said. “Everything has changed a lot,” he said. His firm hasn’t kept up with technology until now. He hopes the new online platform will attract orders from throughout the country.

“That’s going to bring in a lot of work and revenue,” said Kostack, who started his business in 1989. He said the new employees will start at $15 an hour, but notes some of his employees makes in excess of $60,000 per year. There’s room for growth for new hires, he said. He said he was referred to the Passaic County College training program by the Small Business Development Center.

“Michael had a training need that we were able to fulfill. We can fund whatever their training needs are,” said Teune (pictured). The consortium received a $12 million in grants from the U.S. Department of Labor to reduce the number of long-term unemployed in New Jersey three years ago. Those jobless for six months or more fall into the long-term unemployed category.

Businesses qualify for a single area of training, she said last Tuesday before representatives of a dozen businesses and nonprofit organizations. She said a company is able to receive training for as many employees as it wants, but in a single area. For example, in Kostack’s case, he needed training for information technology.

“As a business owner, you want to identify that one area that’s a stumbling block,” said Kostack. “It gave us the tools to expand beyond the local market. It opened my eyes to what could be done.” Both businesses and nonprofits in attendance at the Hamilton Club expressed interest in securing training for their employees.

“We don’t have anything automated there,” said Jeff Levine, owner of Paterson-based Levine Industries. “I’m going to look into it.” His firm, which has been around for more than a century, makes boxes, he said.

Councilman Andre Sayegh, who serves as the director of job readiness and customized training at the Passaic County Community College, is encouraging Levine to consider securing training for his employees.

“It’s a win-win situation. We’re helping an individual grow his business and we’re creating employment opportunities,” said Sayegh. He points out Medrano, who received a job offer from the Passaic City firm is a resident of Paterson.

Rose Grant, executive director of the Paterson Education Fund, asked whether her organization could have employees go through a “Spanish for the Workplace” course training. Paterson’s population is 60-percent Hispanic making bilingual staff almost a necessity.

Ferreira has worked with the college in the past when she gathered 18 people from local businesses via the Greater Paterson Chamber of Commerce for a QuickBooks course that led to certifications for employees.

“You’re improving the productivity of your company with a more skilled workforce,” said Ferreira.