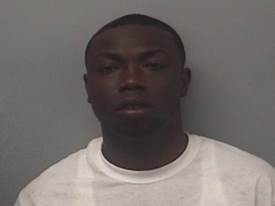 A city man stopped for having illegal tinted windows on his car windows on Memorial Drive was arrested following a chase early Wednesday morning.

Taylor was asked for his vehicle papers and identification. He provided officer Jason Michaels valid insurance and registration, but said he did not have a driver’s license or any ID. Taylor then got out of his vehicle and ran down Ward Street, authorities said.

Authorities captured him in front of 50 Prince Street and placed him in handcuffs. $193 in suspected drug money was seized from him. The officers smelled strong marijuana coming from the Ford car after returning to the vehicle. A bag was seized that contained large amount of marijuana and packaging material for distribution, authorities said.

Taylor was issued three summonses and found to have an outstanding $1,000 warrant out of Wayne. Authorities took him to the Passaic County Jail. He is scheduled to appear before the court on June 12, 2017.