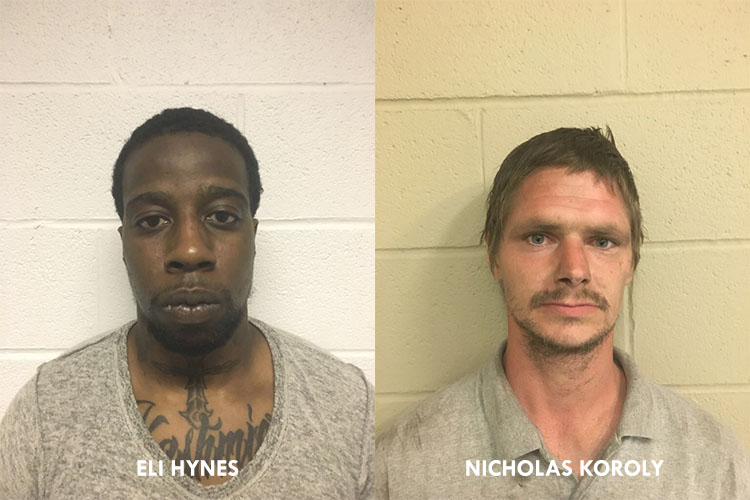 Two men were arrested in a drug bust on 22nd Avenue on Wednesday leading to the seizure of two guns, according to Passaic County Sheriff Richard Berdnik.

Eli Hynes, 22, of Paterson, and Nicholas Koroly, 30, of Wharton, were arrested at around 7 p.m. on 22nd Avenue and East 32nd Street, authorities said.

Detectives had setup surveillance in the area. Koroly was observed pulling up to the curb of 254 22nd Avenue in a Toyota Tacoma. He idled for several minutes until approached by Hynes, authorities said.

Hynes allegedly handed Koroly two bricks of heroin through the driver side window for money. As Koroly departed the area, detectives followed and conducted a motor vehicle stop. Authorities seized two bricks or 100 packets of heroin from the vehicle.

Koroly was charged with heroin possession and released, authorities. Detectives observed Hynes get into a BMW and leave the area.

Hynes was pulled over and $290 in suspected drug money was seized. A search of his house on 22nd Avenue led to the seizure of 200 glassine envelopes of heroin, 20 zip-lock baggies of marijuana, and $1,012 in cash, authorities said.

Hynes was charged with various drugs and weapons charges, authorities said. He is being held at the Passaic County Jail.