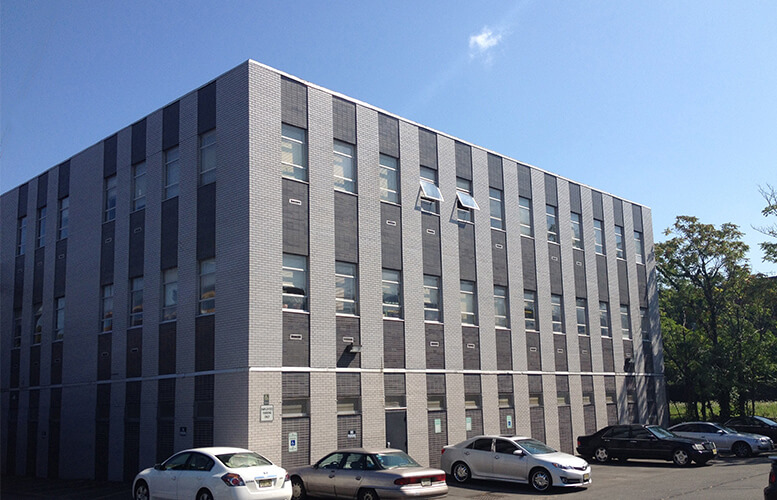 The old unemployment office on Broadway is being renovated and expanded for $7 million to house a Walgreens pharmacy, apartments, and a laundromat.

Elizabeth-based Paramount Assets purchased the former Department of Labor building in middle of last year. The owner has secured approval to renovate the 9,672 square feet one-story building on the corner of Rosa Parks Boulevard and Broadway. This small building will house a Walgreens and a 60-washing machine laundromat.

It also plans to add a fourth floor to the large three-story office building and convert it into 39 residential units. Part of the renovation also includes the construction of an 870 square feet one-story entry vestibule between the small and the large buildings, according to information the owner submitted to the city.

Richard Dunn, vice president of operations for assets at Paramount Assets, said the renovation and expansion project will be completed within the next 12 months. He said the firm has an agreement with Walgreens to open a location at the building.

Dunn said it takes about 45 minutes to fill prescriptions. He said this will allow customers to fill a washing machine, order their medicine, and leave with both laundry and drugs following their wash.

The Walgreens will be located in a space that’s 2,500 square feet. This is a much smaller space than what a typical Walgreens pharmacy takes up at other locations in the city.

“There’s so many laundromats in that area,” said Jesus Castro, a planning board member. He pointed to the large laundromat in the corner of Lake Street and Broadway.

Lilisa Mimms, school board member who also serves on the planning board, asked Dunn what his firm could do to improve recreation opportunities in the area. She suggested benches or improvements to Barbour Park.

Dunn agreed to make a contribution for park improvements. He did not specify a dollar figure for the contribution. He agreed residents of the apartment building will likely utilize the park which is just a block away.

Some board members also worried about proper lighting in an area known for its problems. Dunn and other promised good lighting for the vicinity of the buildings.

“This area needs good tenants that will keep an eye on the neighborhood,” remarked Al Abdelaziz, chairman of the planning board.

The planning board approved the application without opposition. It previously gave approval to the building owner to start the renovation process back in January. Construction is currently taking place at the site.