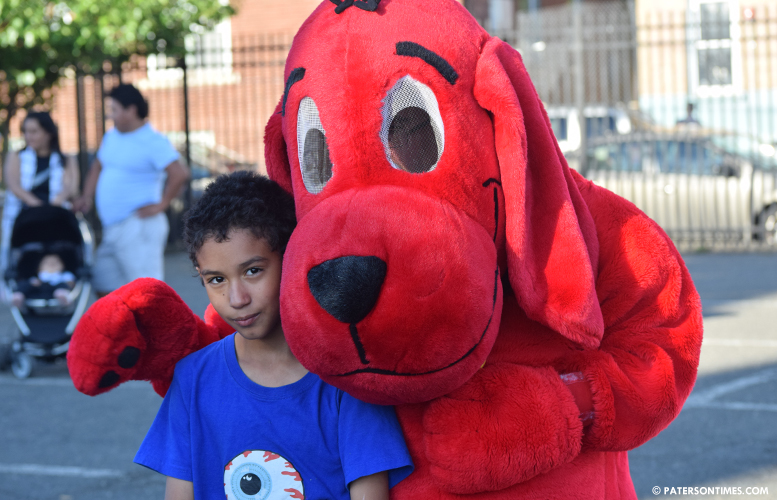 Elias Rivera lost count of the number of books he has read this year. He estimates it must have been more than 160 books with the inclusion of comic books and Japanese mangas. He remembers his favorite book “The Last Olympian” by Rick Riordan.

“It’s about gods and goddesses,” said Rivera (pictured), a fourth grader at the Paterson Academy for the Gifted and Talented. “It had a lot of cliffhangers.” He recalled a section of the book where three furies are chasing the main character Percy Jackson and the chapter suddenly ends.

“He reads all the time. It expands his mind,” said Rivera’s mother Angelica. She said she often brings him to the Danforth Memorial Library to pick out books. Her son is among 1,450 city students who have read 50 or more books this school year, according to the Paterson Education Fund, an education advocacy group.

The mother said his private reading played a key role in his acceptance into the exclusive Paterson Academy for the Gifted and Talented.

“I make him read. I tell him before he goes to sleep he has to read. If he doesn’t read one day or doesn’t feel well he makes up for it next day by reading extra,” said Jennie Delgado speaking of her son Jayden. She has a private library at home for the 7-year-old School 9 student and often takes him to the South Paterson Library to check out books.

Delgado said her son has access to video games and YouTube videos, and other distractions, but still makes time to read books.

The Paterson Education Fund threw a big pizza party for the 1,450 students at the Danforth Memorial Library on Thursday afternoon. The party included Clifford the Big Red Dog, who roamed around the gathering hugging the readers and posing for pictures.

The readers were the stars at the event. Students were handed certificates for their accomplishment and given free books from the Paterson Public Library. Organizers expected 500 people to attended the annual event this year. This year’s celebration coincided with the fasting month of Ramadan which saw a drop in attendance, said organizers.

With the cuts in librarians at the district, the number of schools participating in the 50 Book Club dropped, said Rosie Grant, executive director of the Paterson Education Fund. In 2015, there were 1,923 students who read 50 or more books.

Grant said students from mostly K-6 grades participate in the program. She said this year, some teachers also stepped up to ensure program participation at their schools. This helped to slightly increase the numbers from 1,396 in 2016 to 1,450 this year, she said.

The program’s main aim is to get students reading at grade level.

“Reading is everything. If you can’t read all hope is lost,” said Linda Reid, president of the Parent Education Organizing Council of Paterson (PEOC).

For more than a decade, the advocacy group has been running the program to encourage young people to read, said Irene Sterling, the former executive director of the Paterson Education Fund. The program started under her watch 12 years ago, she said.

“If you can’t read, you can’t do anything,” said Rivera’s uncle Alex Rivera. He said the key – at least with his nephew – was to find a genre. His nephew likes fantasy fiction and often gravitate towards books that are in that genre.

Marlene Tartaglia, who is a librarian at School 21, said 91 of the students in the 50 Book Club came from her school. “We’re now promoting summer reading lists,” she said. This is particularly important to prevent the summer slide.

“You learn a lot from reading. You experience things you might not experience otherwise,” said Tartaglia. She was among a small group of librarians who vocally opposed reducing the number of librarians in the district in 2015.

The district has restored some librarians this school year, said Grant.