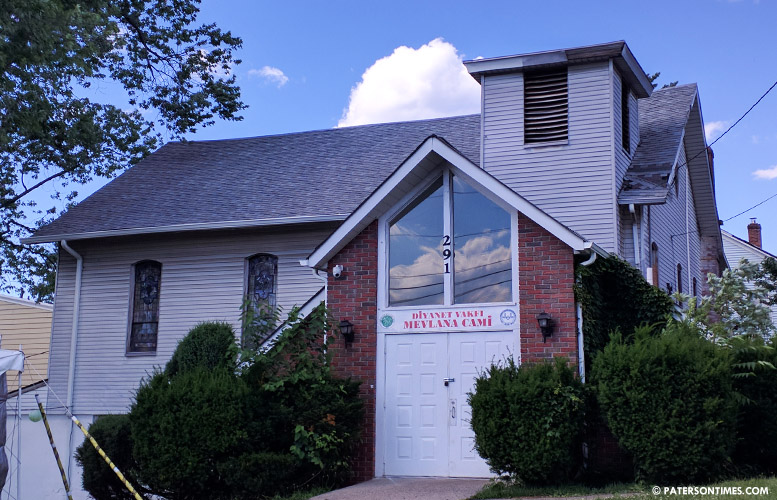 A city man has been arrested for allegedly burglarizing a South Paterson mosque, according to police director Jerry Speziale.

Police arrested Ala Abuawad, 36-year-old, in a traffic stop at 10 a.m. on Saturday. He has been charged with burglary and theft, said the director.

Speziale said police received report of a burglary at the Paterson Mevlana Cami mosque on Bloomfield Avenue and Sussex Street on June 6th, 2017.

Hasan Oren, vice president of the mosque, said Abuawad allegedly tried to break into the donation safe of the mosque in an attempt to pilfer money. The suspect was caught on video surveillance.

Oren said Abuawad was not successful in his attempt.

“The guy walked in and tried to break the safe. He tried for 30 to 40 minutes,” said Oren. He said the mosque turned over surveillance footage to detectives. He said Abuawad entered the mosque when it was open between 4 p.m. and 5:30 p.m. on that Tuesday.

The staff of the mosque was preparing food for Ramadan when Abuawad got in without notice. “No one saw him,” Oren said. “Now we lock the doors.”

The mosque mostly serves the city’s Turkish-American Muslim community. The building at 68 Bloomfield Avenue was converted from a more than century old church to a mosque in 2015, said Oren.

Oren estimates the city’s Turkish community numbers roughly 10,000 people. He was glad police were able to capture the suspect.

Detectives Benny Ramos and Jason English undertook the investigation that developed a person of interest. This information was provided to patrol officers Jonathan Bustios, John Luizzi, and Evelyn Gonzalez who made the arrest.

“The coordination by the units without creating a pursuit was outstanding police work. All involved played an integral role in apprehending this suspect,” said Speziale.