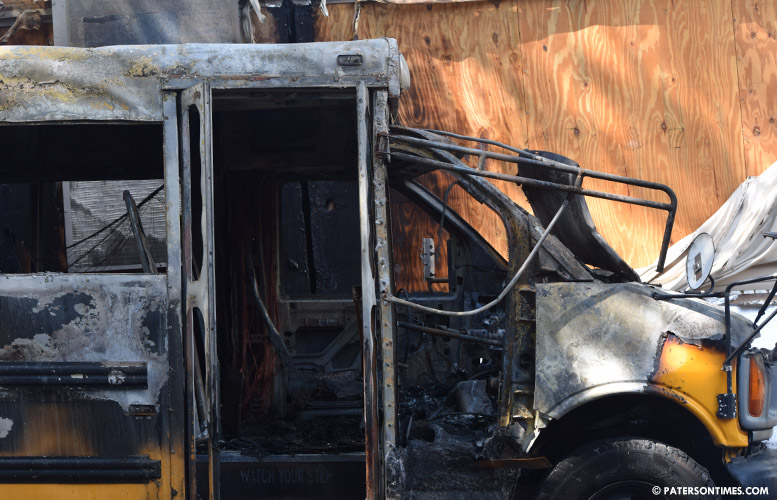 Firefighters extinguished three separate blazes in the northern areas of Paterson on Tuesday. The three fires came within a three-and-half-hour span, according to deputy fire chief William Henderson.

First blaze was reported at a two-story home at 187 Clinton Street at about 5 p.m. Fire started on the second floor and was spreading to the attic. Six residents were displaced and are being helped by the American Red Cross.

Henderson said firefighters responded to the North 5th Street fire at 8:31 p.m. to find a mini-bus was fully engulfed in flames and the fire had spread to a one-story trailer nearby. The trailer structure appears to be connected to the Bridgehope Community Church.

All three fires are under investigation, said the deputy chief. He said no one was injured in incidents. No one was displaced in the Haledon Avenue and North 5th Street fire.