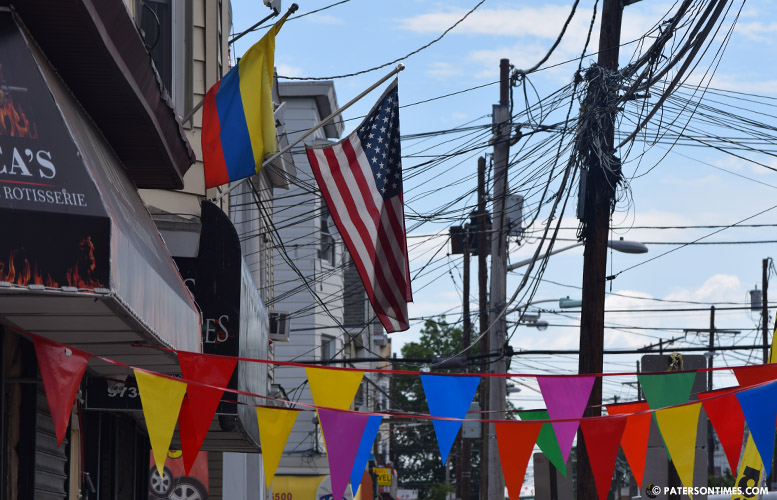 The city council is considering designating the section of 21st Avenue between Madison Avenue and East 22nd Street to also be known as “Colombian Corridor” in tribute to one of the city’s ethnic communities.

As many as 5,000 people of Colombian heritage call the Silk City home, reckoned Javier Fernandez of Hijos Y Amigos De Colombia (Sons and Friends of Colombia), the group behind the street naming request.

“We want Colombians from the tri-state area to come to not only spend their money, but they can be proud and say, ‘Hey, I’m going to 21st Avenue to eat the best Colombian bread in the area,’” said Fernandez, whose team gathered 1,000 petitions to request the designation. “A lot of people are not aware that 21st Avenue has a large concentration of Colombians.”

Fernandez said that section of 21st Avenue is dotted on both sides by Colombian-owned businesses like restaurants, bakeries, coffee shops, and bars. He said there are approximately 20 Colombian businesses in that portion of the street. 21st Avenue is known as “La Ventiuno” to the city’s Spanish speaking communities.

The group received a positive reception at the council. “Everybody seems to be in favor of it,” said Fernandez.

Councilman Andre Sayegh, who represents the area where Colombian Corridor will be located, is in support of the designation.

“We want to emphasize the fact that 21st Avenue is an ethnic enclave that’s thriving. There’s a vibrant Colombian presence and it’s only fair we showcase that,” said Sayegh. “Ultimately, we want to monetize the multi-culturalism.”

Sayegh said one way to attract Colombians from throughout New Jersey to Paterson is through this designation.

The council is expected to vote on the designation resolution on Tuesday night. Fernandez, who came to Paterson from Colombia in 1978 at the age of eight, is hoping the resolution can be approved and the signs installed before late July.

The city’s Colombian community began in the 1960s.

Fernandez said it would be nice to have the Colombian Corridor sign installed on 21st Avenue before July 20, 2017. The Republic of Colombia, population 47 million, declared its independence from Spain on July 20, 1810.

For the past 28 years, the Colombian community has raised the yellow, blue, and red flag of their homeland at the historic City Hall building in downtown Paterson, said Fernandez.