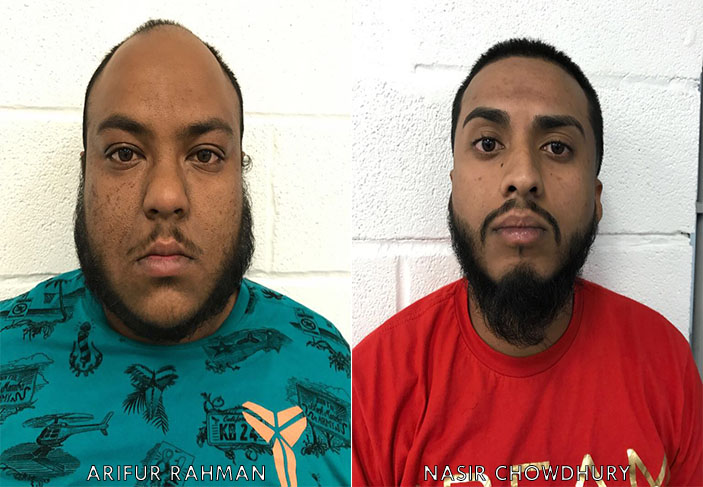 A traffic stop for lack of seatbelt on Preakness Avenue led to two arrests and 3.5 pounds of marijuana on Thursday evening, according to Passaic County Sheriff Richard Berdnik.

Arifur Rahman, 23, of Paterson, and Nasir Chowdhury, 24, of Prospect Park, were apprehended on drug charges in a traffic stop on Preakness and Crosby avenues in Paterson.

Detectives saw Rahman operating a Honda Accord without wearing a seatbelt and approached. Strong odor of raw marijuana was coming from his vehicle. Three vacuum sealed bags of marijuana, approximately three pounds, was seized, authorities said.

Both Rahman and Chowdhury were placed under arrest.

A search of Chowdhury’s house on North 11th Street in Prospect Park led to seizure of an additional half-pound of marijuana and $2,800 in cash, authorities said.

Both men were charged with possession, distribution, and distribution within 1,000 feet of a school.

Both were released pending court appearance.

Berdnik said drugs seized is valued at $4,500 on the streets.