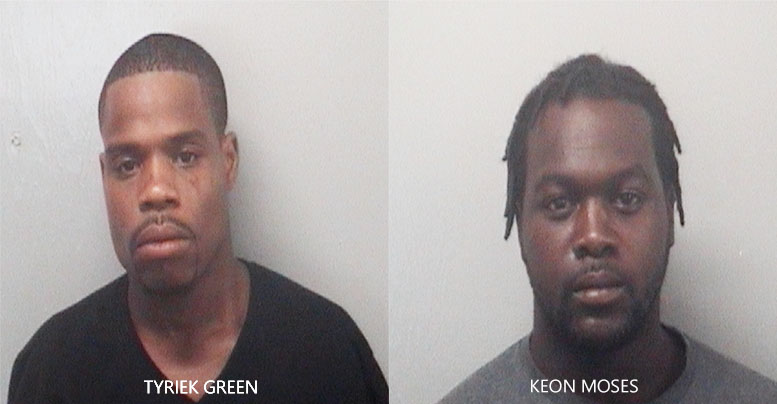 A city man and his passenger were arrested on drug charges on Bergen Street early Thursday morning, according to Passaic County Sheriff Richard Berdnik.

Tyriek Green, 30, was pulled over in a traffic stop on Bergen Street at around 1:30 a.m. Green, the vehicle operator, was allegedly driving drunk.

Green was arrested for driving while intoxicated (DWI). He was also charged with cocaine possession.

Both men were charged with distribution, distribution within 1,000 feet of a school and park, and possession of drug paraphernalia, authorities said.