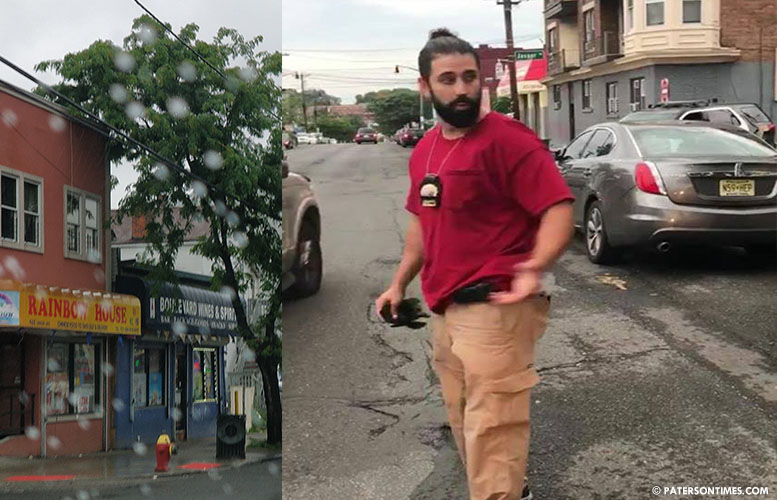 The Passaic County Sheriff’s Office is under fire after video of a questionable vehicle search went viral on social media on Friday morning. The video shows an unidentified man confronting a plainclothes law enforcement officer. The man accuses the officer of conducting a warrantless search of his van’s trunk.

It’s not clear when the incident occurred. The video was posted on Facebook on Friday morning. It has received almost 600,000 views. It is clear the incident took place on Union Avenue between Redwood Avenue and Jasper Street.

The incident has been referred to the Passaic County Prosecutor’s Office for investigation, said William Maer, spokesman for Passaic County sheriff Richard Berdnik.

“In an effort to assure an independent investigation of the circumstances around the search video, the Sheriff referred the matter to the Prosecutor’s office for a thorough and independent review,” said Maer on Friday afternoon.

“At this time, we can neither confirm nor deny any investigation conducted by the PCPO in relation to this matter,” said chief assistant prosecutor Mary Cate Ryan.

Maer did not say whether the officer had a warrant to search the individual’s vehicle. He also did not say when the incident occurred. Three high ranking current and former law enforcement officials interviewed for this report said the officer showed poor conduct by providing evasive answers when asked why the vehicle was being searched without the individual’s consent and failing to promptly identify himself as a law enforcement officer.

“I’ll tell you what, come here,” replies the officer as he walks away from the inquiring man.

“I’m not going over there. I’m going to stay in the middle of the street.”

“What is you in my car for when I’m sitting down, eating with my family,” says the individual to the officer.

The individual asks the officer how did he get access to the vehicle’s trunk. “It’s open. It’s wide open,” replies the officer.

“Still. Still. You’re not supposed to be in my van, sir,” the man is heard saying in the video.

“We had a lot of reports of guns in this van in this neighborhood,” the officer tells the man as justification for the search. Police cannot search vehicles without consent or warrants. However, there is something called the plain view doctrine that allows officers to conduct a search upon observing contraband inside a vehicle, said a former high ranking police official.

The video suggests the officer did not have a warrant. He also did not secure consent from the owner.

“This is incredibly troubling and disturbing,” said Ed Barocas, legal director for the American Civil Liberties Union (ACLU) of New Jersey, after reviewing the video footage. “You have an individual who appears to be a law enforcement officer entering someone’s vehicle without permission and seemingly without any lawful authority. Not only is it improper, it’s a crime.”

Barocas described the officer’s evasive conduct as “unprofessional.” He wasn’t alone former and current law enforcement officials interviewed for this report also said the officer behaved in an unprofessional manner.

“How often are they doing this? Who gave him the authority to do it? What is the Passaic County Sheriff Department searching people’s cars at will? Was he looking for something or putting something there?” remarked Paterson activist Ernest Rucker.

“We don’t know if it’s just an unlawful search which is bad enough itself or something more nefarious,” said Barocas.

“It seems like an illegal search. They didn’t have the person’s consent,” said Zellie Imani, a leader of the Black Lives Matter in Paterson. “I’m really alarmed and upset about the whole situation.”

The incident did not involve officers from the Paterson Police Department, according to city officials.

This incident also creates a big liability for the Passaic County government if the individual files a lawsuit claiming his civil rights were trampled by the sheriff’s officers.

Barocas is glad the prosecutor’s office has been brought into the situation. He hopes the prosecutor will conduct a thorough investigation into this incident. “If there is no authority, as there appears not to be, this [then should] be prosecuted just as you or I would be prosecuted for breaking into someone’s car,” he said.