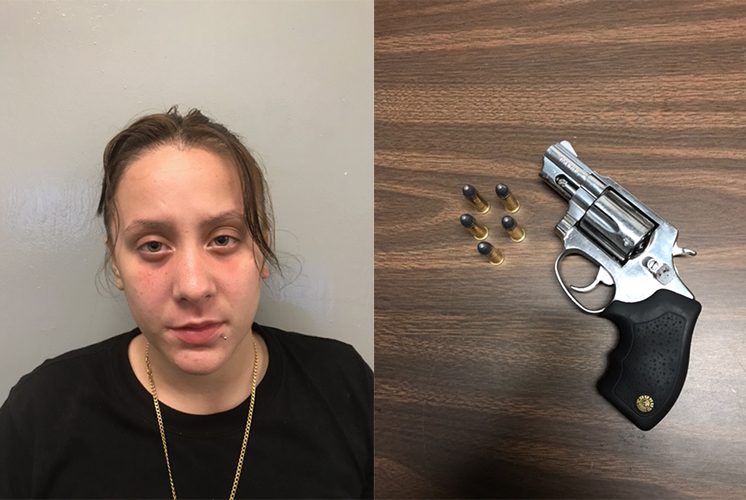 Detectives busted a woman who allegedly hid a loaded .38 caliber Taurus revolver and a zip-lock bag of marijuana in her bra, according to Passaic County Sheriff Richard Berdnik.

Deisha Acevedo, 18, of Paterson, has been charged with marijuana and weapon possession, authorities said. She was searched by a female officer who discovered the hidden items.

Acevedo (pictured) was a passenger in a vehicle operated by Enrique Martinez, 23, of Paterson on McLean Boulevard and 7th Avenue on Tuesday. Authorities conducted a motor vehicle stop after observing the vehicle traveling at a high rate of speed and swerving in the roadway.

Authorities said the revolver was loaded with five rounds.