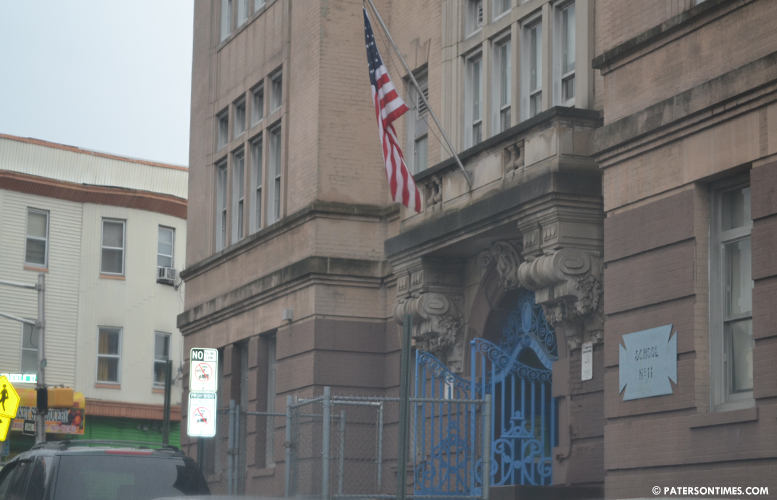 The vicinity of School 11, which is the new home of the Great Falls Academy, an alternative high school, now has a safe corridor, according to school and municipal officials. This means the presence of officers from both the Paterson Police Department and the Passaic County Sheriff’s Office will be more pronounced to deter gathering, fights, and vandalism.

“We’re going to have community policing, the specials, and the traffic divisions out there,” said police director Jerry Speziale. Police officers on motorcycles will be present on Market Street from Summer Street to Madison Avenue. Similarly, officers will be on Park Avenue and Summer Street to Madison Avenue from 7:30-8:30 a.m. and 2:30-3:30 p.m.

The Passaic County Sheriff’s Office has agreed to provide assistance for the first week, according to school officials. Sheriff Richard Berdnik will have to decide whether to provide help for the rest of the year after that.

“We need a long-term commitment,” said school board member Emanuel Capers. He hopes the sheriff will agree to a more permanent arrangement to ensure safe passage for students to and from school.

Capers pointed out the sheriff receives a great deal of support from Paterson voters. “Now, we need his help and his service,” he said.

Bill Maer, spokesman for the Passaic County Sheriff’s Office, later on Thursday said the sheriff has provided an initial one-month commitment. He said the sheriff will conduct an evaluation after the 30 days.

Speziale said police will man the safe corridor for the duration of the school year. Community leaders and school staff complained about possible safety problems outside of the former School 11 building on Market Street.

The building in the corner of Market and Summer Streets is surrounded by gangs, said local leaders. This meant Great Falls Academy students, some of whom had been heavily involved in the streets, would have had to walk through rival gang lands to get to school.

Acting superintendent Eileen Shafer has said students will receive bus passes to get to the school. Her staff was grilled about the safe corridor during a tour on Tuesday afternoon. School security has formed connections with area businesses to ensure any mischief by students is reported to the school.

“I have spent all summer assuring this community that I will listen to their concerns and I will take appropriate actions – but I have also been very clear that I cannot do this alone. Making positive changes require teamwork; and that is exactly what happened over the past two days,” said Shafer on Thursday afternoon.

Shafer convened a meeting following Tuesday’s tour to enlist both the sheriff’s office and police to ensure safe passage for students. “This is the ‘Together We Can’ spirit that I have been talking about; and on behalf of our students and staff, I would like to personally thank all who were involved in developing this important safety plan,” she said.

The meeting also yielded benefits for other schools in different parts of the city. At John F. Kennedy High School, the sheriff’s office and the traffic division will help to ensure order outside of the school building in the morning and at dismissal.

A police unit will monitor Eastside High School from the bakery across the street from the Park Avenue high School.

Two stationary and two mobile police units will hold the safe corridor. District security personnel will be deployed at the perimeter of the schools to monitor the students leaving school grounds, according to Shafer’s plan.

“The way they want to do it is a good one,” said Luis Velez, 5th Ward councilman. “I have to see if it works or it doesn’t.” He has argued having the Great Falls Academy, which has about 50 students, at the Market Street site will further congest the area and result in students causing trouble for businesses.

Great Falls Academy was located in Prospect Park and moved to the School 11 building for this school year.

Velez is crossing his fingers and hoping the safe corridor works. School officials will reconvene in mid-October to review the plan and its implementation, according to the district.

This report was updated with comments from the Passaic County Sheriff’s Office at 8 p.m.