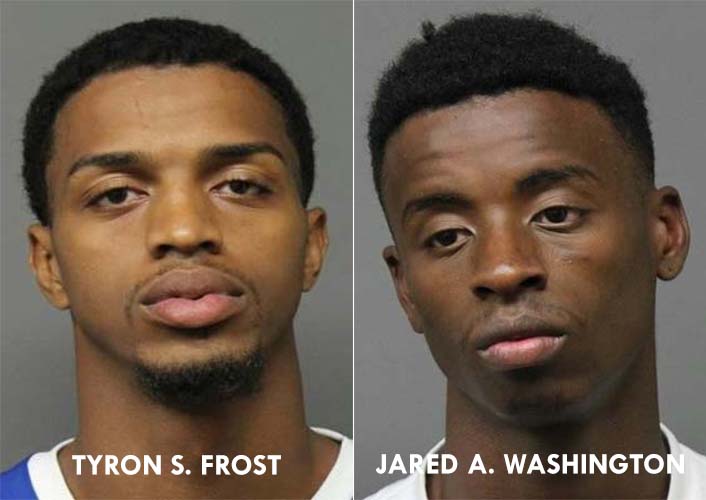 A pair from Paterson and Passaic City were apprehended while conducting an alleged hand-to-hand marijuana sale in the parking lot of a hotel in Little Ferry, according to the Bergen County Prosecutor’s Office.

Tyron S. Frost, 23, of Paterson, and Jared A. Washington, 21, of Passaic City, have been charged with possession with intent to distribute. Police observed the two men conduct a hand-to-hand drug transaction in the Capri Hotel parking lot, authorities said on Friday.

Police seized six ounces of marijuana in a subsequent vehicle stop during their investigation. Both were charged and released, authorities said.

Frost and Washington are scheduled for a court appearance on September 20, 2017.