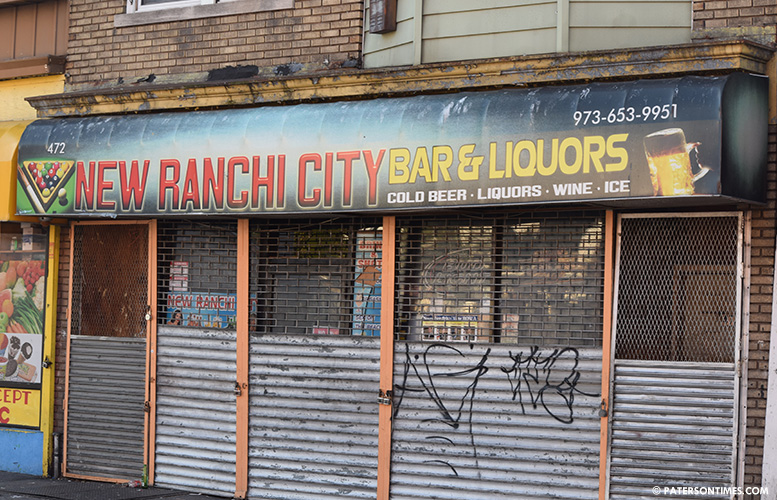 The city suspended the liquor license for New Ranchi City, a bar infamous for having a cockfighting ring operating out of its Market Street basement, on Wednesday evening. A six-month suspension was issued by the Paterson Alcoholic Beverage Control Board.

Suspension starts on Monday. Felix Grullon, owner of the business, accompanied by his attorney, Frederick Roughgarden of Hawthorne, accepted the 180-day suspension offered by the prosecutor at the board.

Grullon’s business was cited for liquor license violations in five separate incidents going back to mid-2016. On Nov. 29, 2016, his business allowed illegal activities on premise, gambling and crack-cocaine. He was also cited for failing to produce a copy of his ABC license form. Failed to disclose an ATM on his license application.

Police raided his business located at 472 Market Street on that date. He and his manager, Cesar Toribio, were arrested. 8 Endocet pills, 21 grams of crack-cocaine, were seized at the time.

Earlier on Jun. 7, 2016, police recovered two machetes and a knife from the business. There was also a pool table without permit. The business was also cited for operating while suspended, according to municipal records.

The business has become a nuisance for the neighborhood, said councilman Luis Velez, who represents the 5th Ward, where the liquor business is located.

“I get a lot of calls. They are a bad neighbor,” said Velez on Wednesday night. “We don’t want to close businesses; we want business conducted the right way.” He blames the business for fights and group gatherings.

Velez urged the ABC board to consider quality of life for area residents prior to imposing a penalty.

Octavio Aguilar, chairman of the board, suggested the business consider hiring security officers for both the inside and outside. He said having a security guard outside will curb the loitering on Market Street.

Aguilar said the board may require Grullon to have security at the business as a condition for annual liquor license renewal. He wants the owner to come before the board prior to the end of the six-month suspension with a corrective plan.

Grullon agreed to appear before the board with corrective measures.

James Briggs, a commissioner on the three-person board, said Grullon received a lenient punishment. “The next time he comes before the board, I’m not going to be so kind,” he told Roughgarden.

The lengthy suspension is a victory for the neighborhood, said Velez after the suspension was imposed.

“You’ll see how quality of life in the area improves in those six months,” said Velez. Grullon is likely to lose his liquor license after the charges against him from the Nov. 29, 2016 raid is resolved in the court, predicted the councilman.