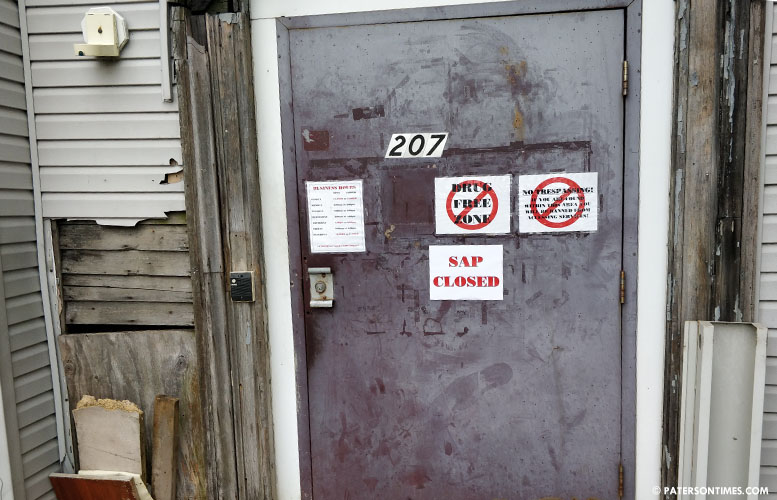 After closing its doors for two days, the controversial needle exchange program at the Well of Hope re-opened on Wednesday morning.

Jerome King, executive director of the Well of Hope, told reporters the sudden reversal following his Saturday closure announcement resulted from a meeting he held with people protesting his program.

“We had a real talk, we invited them in and showed them what they were doing. And I think they were moved by it, and impressed by it and now want to be a part of it,” King is quoted as saying in The Star-Ledger.

King did not respond to a call for comment for this report.

There was a meeting between some of the protesters and King on Tuesday morning. However, it did not lead to a compromise agreement.

“No. No. No. We haven’t backed up from our position,” said Bilal Hakeem, who has been protesting outside the Well of Hope for days. He said school board member Lilisa Mimms and community activist Victoria Oquendo went inside at King’s invitation on Tuesday.

Hakeem said the Well of Hope provided the protesters with brochures highlighting the other offerings the organization provides. He and others are not opposed to other services the Well of Hope is offering, but is staunchly opposed to the distribution of the needles that have been found in parks and sidewalks.

King in a presentation to the city council last month provided data that showed 5 million needles had be distributed by the program since 2008.

“Our position still stands. I still want the Well of Hope and the needle exchange gone. It’s not good for Paterson. What it’s doing is attracting people from other towns to come in,” said city resident Valerie Freeman. She too has been protesting the program.

King’s clients are mostly drug addicts from outside of Paterson.

Freeman said King invited her inside the Well of Hope on Tuesday, but she refused. “I told him I was not going to go in there. I don’t want to compromise my health,” she said. She said there’s a strong urine stench at the site.

King’s facility has failed health inspection two years in a row. He has yet to submit a corrective action plan to address the mold, food cross contamination, and other defects at his building. The Well of Hope has been prohibited from serving food to its clients including the customary coffee the group’s employees hand to drug addicts.

Freeman said there’s a meeting scheduled tomorrow with King’s organization. She was skeptical of King’s decision issued on Saturday and called it a “smoke screen.”