The city council approved two resolutions to pave the way for the use of $130 million in state tax credits for the expansion of Center City Mall and other projects.

Council members quickly approved a resolution designating the Paterson Parking Authority as the agency responsible for various parking and redevelopment projects in the city on Tuesday night. The council also approved a developer’s agreement with Center City Partners which intends expand the existing downtown Paterson mall to build a 12,000-seat soccer arena 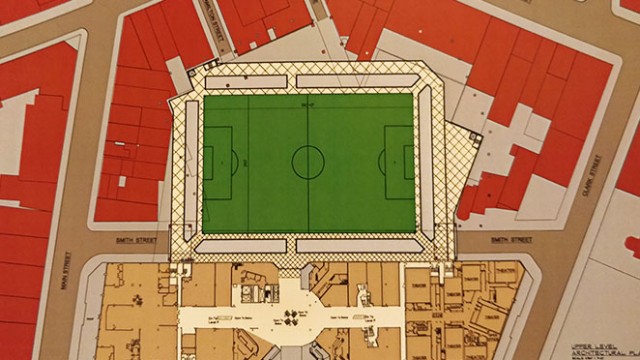 The expansion involves the construction of a second building on land — two large surface parking lot — owned by the Paterson Parking Authority. Under the new building will be 245 parking spaces. Above that will be 320,000 square feet of new retail and commercial space. And on top of the new building will be the large soccer arena, according to John Bleeker, principal of Bleeker Architectural Group.

There’s also talk of a food hall inside the new mall building. Bleeker presented the preliminary architectural drawings for the project to the council last week.

Jackson, who represents the area where the mall expansion will occur, sees the city turning into a major attraction for soccer fans and teams from all over the world.

“I’m hoping this endeavor brings revenue and jobs. Because if we can chip away at the unemployment rate in our city, that’s one way to remediate some of the problems we have,” said Andre Sayegh, 6th Ward councilman.

The project is estimated to cost $50 million, said Bleeker. It will take more than two years to build, he said. “They have a track record behind them,” said Bleeker of Alma Realty, the parent company of Center City Partners.

Other projects to benefit from the $130 million tax credit will be the parking deck on lower Market Street for the Great Falls National Historical Park. The proposed $20 million visitor center at the steam plant foundation at Overlook Park. And a new two-story structure at Hinchliffe Stadium that will include a restaurant, a concession stand, and space for the New Jersey Hall of Fame.

The projects have to be in application stage by July 1st, 2018 to qualify for the tax credits. Each project has to be submitted to the New Jersey Economic Development Authority (EDA).