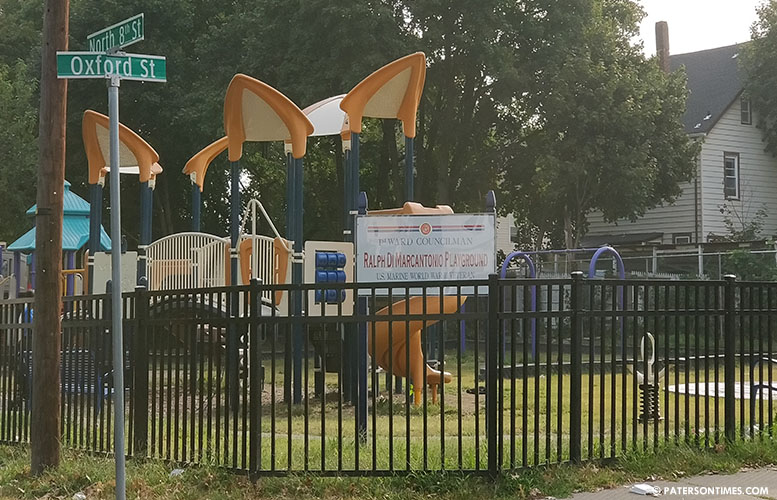 The entrance gate of the Ralph Di Marcantonio was stolen by vandals earlier in the month, according to a police report.

Anthony “Tony” Vancheri, president of the Paterson Veterans Council, said the playground in the corner of North 8th and Oxford Streets was vandalized between Sept. 2 and Sept. 6, 2017.

Vancheri told police the black metal gate costs $400. He said the vandals even tried to steal a 300-pound bench from the playground.

The playground was recently renovated by the Paterson Veterans Council using $43,000 in grant money from the Passaic County government in hopes of providing a safe haven for children in the northern portion of Paterson.

The playground does not have cameras, said Vancheri.