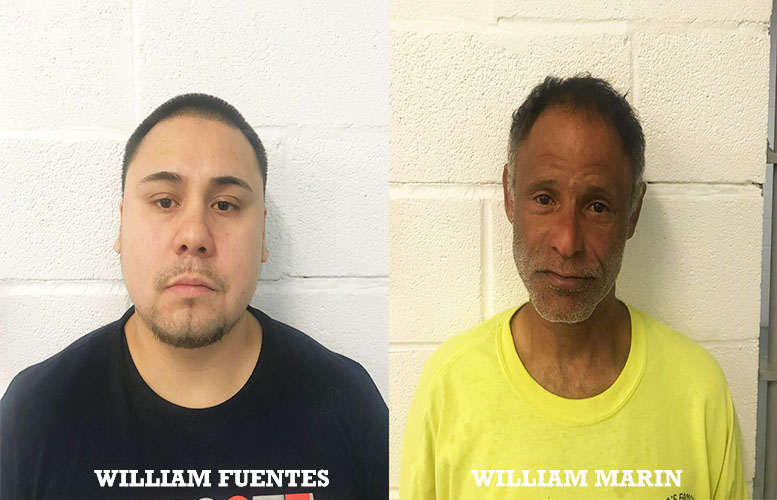 William Fuentes, 26, of Paterson, and William Marin, 49, of Wayne, were arrested at around 5 p.m. on Main and Robert streets, authorities said.

Fuentes was charged with seven drug offenses while Marin was charged with two offenses. Detectives were investigating reports of drug dealing out of 892 Main Street when an alleged hand-to-hand drug sale was observed being conducted by Fuentes and Marin at the corner of Main and Robert streets.

Marin entered an area business after the transaction as detectives followed. A detective identified himself and told him what was observed. Marin quickly reached into his pocket, grabbed a small baggie of crack cocaine, and put it in his mouth.

The detective applied pressure to Marin’s mouth and ordered him to stop from swallowing the drugs. He began swinging his right hand and resisted arrest. Following the struggle, Marin spit out the drugs and was taken into custody, authorities said.

Detectives confiscated $1,450 in suspected drug proceeds from Fuentes and $28 from Marin. Both men were processed and released pending court appearance, authorities said.