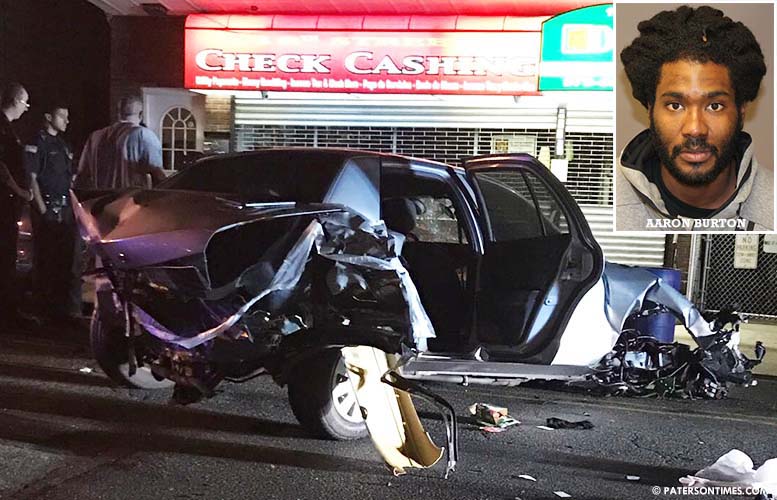 A man from Hackensack was arrested on Friday afternoon and charged with vehicular homicide in the large East 18th Street car crash that left one dead, according the Passaic County Prosecutor’s Office.

Aaron Burton, 33, is charged with five separate death by auto and assault by auto charges in connection with the September 9, 2017 car crash outside of 135 East 18th Street. He is accused of driving his 2008 Crown Victoria with two passengers inside while drunk. 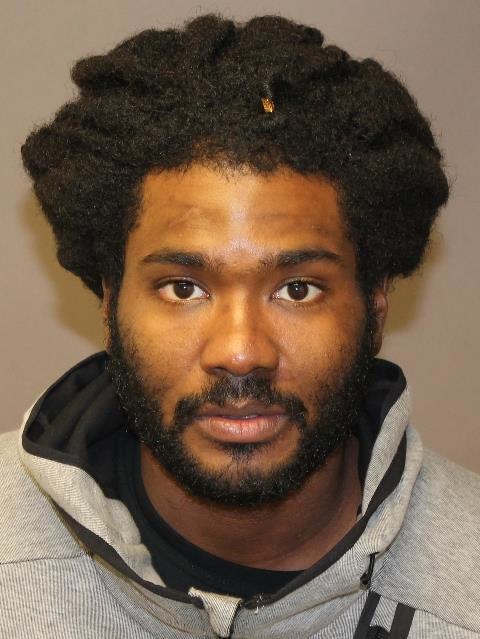 Burton crashed the vehicle at around 3:40 a.m. He was ejected out of the car with passenger Jason Demmie, 32, of Hackensack. Both men suffered serious injuries. A third passenger, Antonio Clark, 35, of Teaneck, was also injured.

Demmie died from his injuries at around 4:16 a.m. Burton was treated and released from St. Joseph’s Regional Medical Center four days later.

Authorities found Burton was recklessly operating the vehicle with a blood alcohol content of 0.213-percent at the time of the crash.  He was driving at an excessive rate of speed, authorities said.

Police arrived at the scene and found Burton’s vehicle disabled in the roadway with serious collision damage. 11 other vehicles, parked on both sides of East 18th Street, were found damaged.

Burton struck the 11 cars during the accident, authorities said. He is scheduled for a court hearing on Sunday at 1:30 p.m.

Authorities will file a motion for pretrial detention.