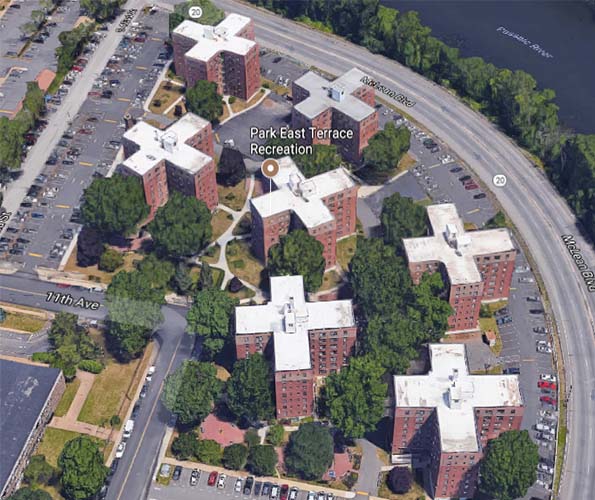 The Park East Terrace Cooperative Apartments is receiving $299,672 from the city following a successful tax appeal. The apartment complex, located at 531-619 McLean Boulevard, appealed its $20 million tax assessment for 2015 and 2016.

Under a settlement agreement reached between the city and owner of the seven buildings, each seven-story, the assessments will be reduced to $17 million for 2015 and $16 million for 2016. This reduction produces tax savings for the owner, Park East Terrace, The Trust Co. NJ. The owner is owed $124,637 and $175,035 for 2015 and 2016, according to municipal records.

The property owner wanted a bigger assessment reduction. Its appraiser valued the brick apartment buildings made up of 392 units at $10.13 million. The buildings were constructed in 1948, according to city records.

Council members approved the $299,672 refund during their regular meeting on Tuesday night.