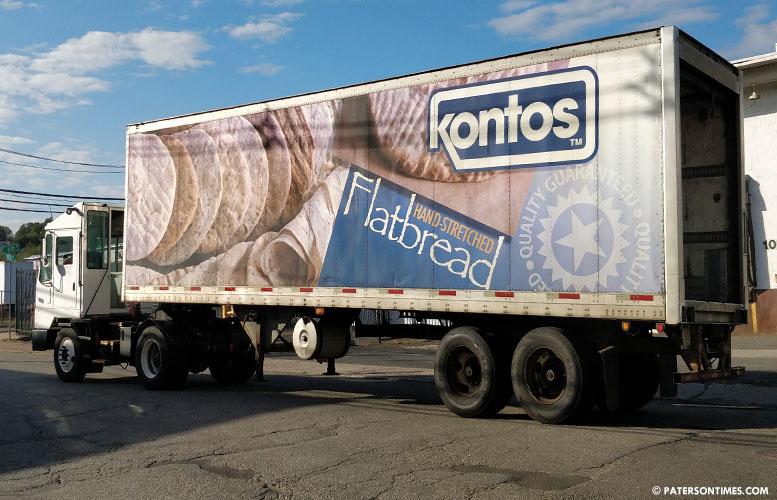 The Kontos Food company was awarded a $29.68 million grant on Thursday to expand its footprint in Paterson, according to the New Jersey Economic Development Authority (EDA). As part of the expansion the firm will create 46 full-time jobs in the city.

It will also retain 166 jobs that would have otherwise left New Jersey. Kontos Food, founded in Paterson in 1987 to manufacture Mediterranean flatbreads, was looking at a massive 123,140-square foot facility in Bethlehem, Penn. that has plenty of room for expansion and is in a less congested area.

The firm would have retained its New Jersey location even after an alternative site move to Pennsylvania, according to the state. The company occupies 116,940 square feet of space at its 6th Avenue and Wait Street sites in the Bunker Hill section. It plans to purchase an adjacent two-acre lot and build a 25,000 square feet cold storage unit

This will expand its footprint in Paterson to 141,940 square feet. It also plans to add new machinery and update its current space to expand production. Moreover, it will improve its existing building with a new floor, parking lot surfacing, and stucco.

Funds awarded through the Grow New Jersey Assistance Program will be disbursed to the company over a 10-year period.  It will receive $2.96 million per year. The proposed expansion project has a Dec. 21, 2020 completion date.

Median wage at the company is roughly $25,000, according to state documents.