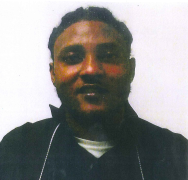 A city man has been found guilty in the 2014 killing of 33-year-old Ferron Green, according to the Passaic County Prosecutor’s Office.

Simpson was accused of shooting and killing city resident Green on February 22, 2014 after an argument in the corner of Ellison and East 18th streets. He fled from the city and was found and arrested in December 2014 in Fort Lauderdale, Florida.

Simpson faces 40 years behind bars. He is scheduled for sentencing on December 8, 2017. Judge Adam Jacobs revoked his $1 million bail leaving him detained at the Passaic County Jail.