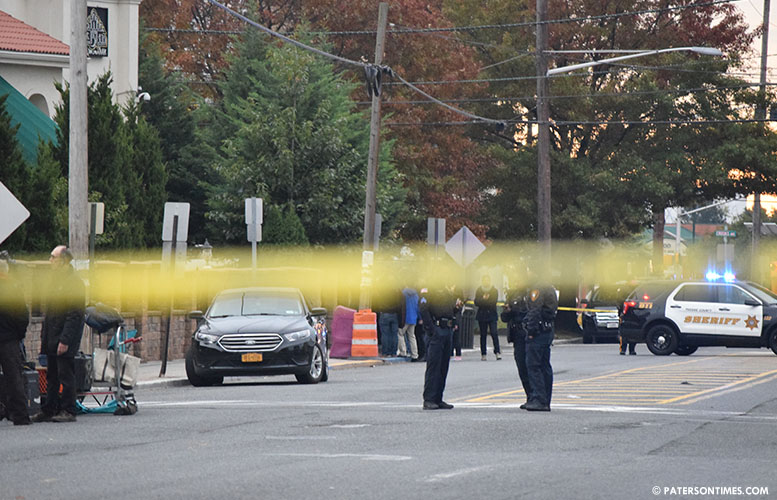 The city man accused of killing 8 people and injuring 12 others by plowing a rental truck through bicyclists and pedestrians in New York City planned the terror attacks for weeks, law enforcement officials said on Wednesday morning.

Authorities said Sayfullo Saipov, 29-year-old, rented a truck from a Home Depot in Passaic City at 2:06 p.m. on Tuesday. He drove the truck through the George Washington Bridge into New York City.

At 3:04 p.m., Saipov sped onto a bike path on West Street hitting bicyclists and pedestrians. He soon collided with a school bus, according to authorities. At 3:08 p.m., police in New York City, received dozens of 911 calls about the incident.

Saipov got out of the truck with a paintball gun and a pellet gun. He was waving the imitation weapons as if they were actual firearms, videos show.

Police officer Ryan Nash brought the attack to an end when he shot the suspect in the abdomen. Police recovered multiple knives from Saipov’s vehicle.

“What he did was extra ordinary,” Bill de Blasio, mayor of New York City, said in a press conference on Wednesday morning, of Ryan. Gov. Andrew Cuomo of New York described the officer as a “hero.”

Saipov was taken to Bellevue Hospital. He was in critical condition on Tuesday. Detectives interviewed the suspect at the hospital, according to authorities. Hundreds of detectives worked overnight to develop evidence in the case, according to John Miller, deputy commissioner of Intelligence and Counterterrorism at the New York City Police Department.

Police in Paterson blocked off Genessee Avenue between West Railway and Getty Avenues on Tuesday evening. Saipov has lived at an apartment on the street with his wife and three children for less than a year, according to neighbors.

FBI agents and other law enforcement executed search warrants at Saipov’s house. FBI agents were seen removing boxes of evidence from 168 Genessee Avenue. While police blocked off a section of Genessee Avenue in Paterson, in neighboring Passaic City, the Passaic County Sheriff’s Office cordoned off a portion of the parking lot at the Home Depot.

Saipov rented the truck from the Home Depot on Dayton Avenue.

“Based on the investigation overnight it appears Mr. Saipov had been planning this for a number of weeks. He did this in the name of ISIS,” said Miller. He left a handwritten note in Arabic that stated, “Islamic State will endure forever.”

Saipov also yelled out “God is great” in Arabic during the attack.

Authorities said Saipov came to the U.S. from Uzbekistan in March 2010. He has lived in Florida, Ohio, and New Jersey. He was never under any investigation from New York police or the FBI. He was cited for multiple motor vehicle violations in 2012 and 2014, according to court records.

Miller said he will have connections to other subjects of investigations.

“The investigation is still in its early stages,” said William Sweeney, head of the FBI’s New York Office.

The attack produced 20 victims. 6 people died at the scene and 2 died in hospital. 12 others were injured.

5 of the dead were Argentines, 1 was German, and 2 were Americans, said authorities.

The terror attack is described as the second worst since Sept. 11, 2001. In that attack, 4 of the 19 attackers shared an apartment in Paterson before flying planes into the World Trade Center. Paterson is home to a large Muslim population in its south and eastern quarters.