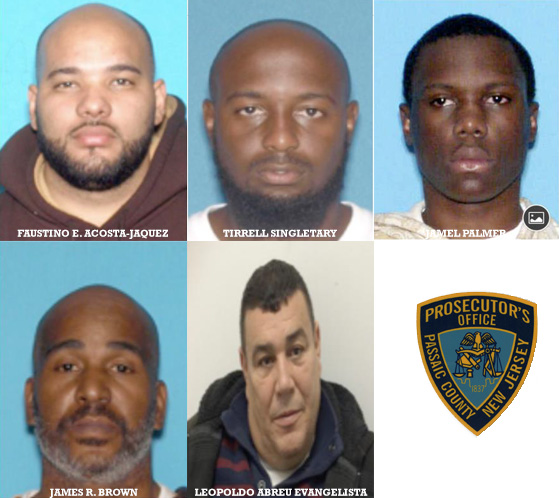 Five men from Paterson and the Bronx were arrested on Monday and $25,000 worth of heroin was seized in a five-month long investigation into a regional heroin distribution operation that extended from Passaic County to the Bronx in New York, according to the Passaic County Prosecutor’s Office.

Acosta-Jaquez is charged with five drug offenses including maintaining a heroin production facility, possession, distribution, and distribution near a school.

Singletary and Brown were charged with three and four drug offenses for possession and distribution, authorities said.

Palmer and Evangelista were charged with conspiracy to distribute heroin.

Authorities seized .75-pound of heroin worth $25,000 on the street and confiscated $9,771 in suspected drug proceeds.