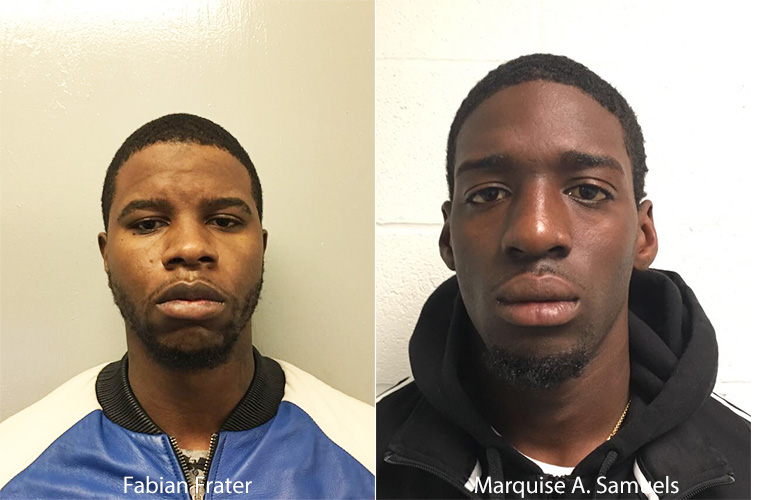 Fabian Frater, 28, and Marquise A. Samuels, 18, both of Paterson, were arrested on multiple possession and drug distribution offenses at around 4:30 p.m., authorities said. Both alleged drug dealers were observed conducting a sale at the intersection.

Detectives observed the two men conduct the transaction. Frater left in a black Audi and Samuels in a Nissan Altima with detectives behind them.

Detectives seized $1,190 in cash from Samuels. Both suspects’ homes were searched, authorities said.

Detectives seized 130 glassine envelopes of heroin and $1,070 in cash from Frater’s residence at 9 East 21st Street.

Samuels is being held at the Passaic County Jail on a warrant. Fraters was released pending a court appearance.