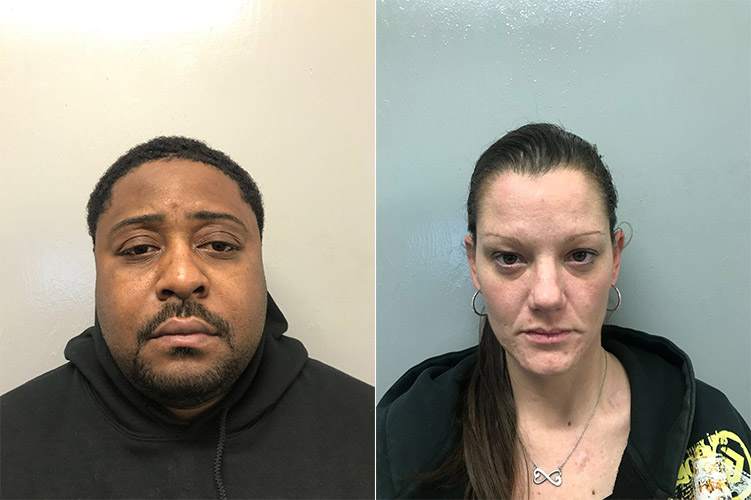 Detectives arrested two city residents in a bust on Redwood Avenue on Thursday seizing $10,000 worth of drugs, according to Passaic County Sheriff Richard Berdnik.

Kenyon Leftwich, 38, and Tara Smith, 39, were arrested while conducting an alleged drug transaction in the corner of Redwood Avenue and Doremus Street at around 4:45 p.m., authorities said.

Detectives setup surveillance in the area after receiving anonymous information that Leftwich was dealing drugs from 185 Redwood Avenue. Detectives watched as Leftwich exitited the house, briefly enter a parked and unoccupied Mercedes Benz, then walk to the intersection of Redwood Avenue and Doremus Street to hand bags of heroin to Smith in exchange for cash.

Both parted ways after the alleged sale.

Smith was stopped and had 10 glassine envelopes of heroin.

Leftwich was also stopped and placed under arrest. $263 in cash was found on his person. His car and house were searched.

Authorities were familiar with both the buyer and the dealer from a previous investigation. Smith had criminal warrants out of Totowa and Pompton Plains. She was taken to Passaic County Jail after processing.

Leftwich is also being held at the Passaic County Jail.

“The Sheriff’s Office will continue let drug dealers and buyers know, that Passaic County is off limits for illegal narcotic transactions,” Berdnik said.