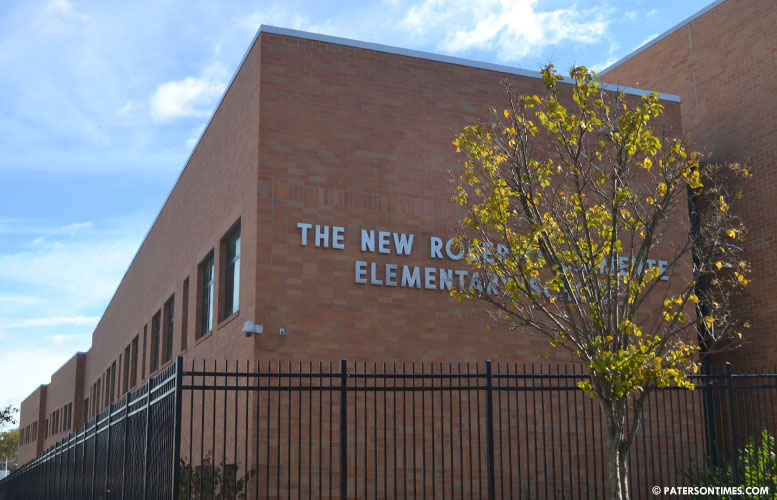 The mother of a 15-year-old boy with “school phobia” left back for missing more than hundred days of school has filed a lawsuit seeking his promotion to high school, according to a complaint filed in federal court.

“His poor attendance is directly related to school phobia,” said the mother’s attorney David Giles. A psychiatrist at St. Joseph’s Regional Medical Center determined the boy was suffering from the three ailments, according to the complaint, after he became “extremely withdrawn and socially isolated” from his peers at the New Roberto Clemente School in the 2015-16 school year.

In Oct. 2015, the boy was dismissed from speech therapy for his failure to attend or participate in sessions. The lawsuit states the boy, who was diagnosed with attention-deficit/hyperactivity disorder (ADHD) in 2012, was classified as eligible for special education for being “emotionally disturbed.”

After he was diagnosed with major depressive disorder, dysthymic disorder, and school phobia, the district did not revise the boy’s Individualized Educational Plan (IEP), according to the complaint.

“Part of the special education program should have been to address his school phobia. The IEP does not address that at all. So it’s deficient in that respect for sure,” said Giles.

The district’s special education program has been beset by problems for years. Last year, a New Jersey Department of Education investigation found the district failed to provide services like speech, physical, and occupational therapy sessions to numerous students with disability.

Paterson school district has been under state-takeover since 1991. It is run by the New Jersey Department of Education with an advisory school board. Acting superintendent Eileen Shafer at the start of the 2017-18 school year said addressing special education will be a priority for her administration.

Shafer promised get those students, who were deprived of special education services, caught up with compensatory time.

The boy “hardly went to school” in the first marking period of the 2015-16 school year. He completely stopped attending in January. He was placed on home instruction from April through June, according to the complaint.

The next year, 2016-17, the boy was placed back at the New Roberto Clemente School with an unchanged IEP. He stopped attending school in November.

Marotta did not arrange for the reevaluation of the IEP. He told the mother the boy has to be evaluated by a psychiatrist before being eligible for home instruction.

Marotta gave the mother home instruction form for the psychiatrist to complete. In the meantime, the boy was going without educational services, says the lawsuit.

Marotta also twice reported the mother to the New Jersey Division of Child Protection and Permanency for her son’s poor attendance. The district also filed charges against the mother in the Paterson Municipal Court for her failure to cause the son to attend school, according to court filings.

The child protective services closed the case twice and the municipal court complaint was dismissed after the mother provided medical documents showing her son had “school phobia.”

In Dec. 2016, Marotta called for a “routine annual review IEP team meeting” that the mother and a teacher attended. Nothing came from the meeting; the same IEP remained in place that “clearly was not effective.”

The mother had the boy evaluated in Jan. 2017. The psychiatrist completed the home instruction form. Marotta was given the form right away, according to the lawsuit. After waiting months, the mother received an answer from Marotta.

Marotta told her the home instruction recommendation was denied by Cheryl Coy, acting chief special education officer, because he “had not followed the correct procedure in evaluating” the boy after he completed home instruction in the prior year.

Marotta told the mother the district needs a full report from the psychiatrist. The mother made unsuccessful attempts to speak directly to Coy. Coy’s secretary directed the mother to speak to James Albert, supervisor in charge of overseeing special education services at the New Roberto Clemente School.

Albert told the mother that Coy, who did not speak to the mother, son, or the psychiatrist and did not receive a report, was afraid the boy would use home instruction as an excuse to not attend school.

The mother asked the psychiatrist for a full report. At the same time, Marotta suggested the mother bring the son to the school for testing for a possible transfer to another school. She secured a full report in late Feb. 2017. The report was faxed to the district.

The lawsuit says the district did nothing to address the boy’s school phobia and did not provide home instruction. In March 2017, an IEP team meeting was held for the boy. He was transferred to the Don Bosco School.

No changes were made to the IEP to address school phobia, according to the lawsuit. The boy did not begin attending Don Bosco until April.

A week before the end of the 2016-17 school year, the mother was told by Albert her son would be held back in eighth grade due to poor attendance.

He would not receive home instruction or summer school to advance to high school. After exhausting local avenues, the mother filed a complaint with the New Jersey Department of Education in Aug. 2017, urging the state to force the district to promote her son to high school.

There was no evidence to suggest the mother discontinued the son’s medication without consulting the boy’s doctor, reads the lawsuit.

The mother also has a due process hearing on the matter with administrative judge Elissa Mizzone-Testa. A decision by this judge is not expected until the end of the current school year, says the lawsuit.

The boy has been reassigned to the New Roberto Clemente School for 2017-18 school year. He was placed in a language and learning disabilities (LLD) classroom with younger children ages 11-14, says the lawsuit.

Giles said it makes little sense to have the boy, who is over six feet tall, in the same classroom with younger students. He said the boy should be promoted to high school and be provided the needed special education services.

“It just doesn’t make any sense academically and developmentally,” said Giles. “It seems to me there’s no value to the student in what they [the district] are doing. It’s only negative.”

Giles said the boy is not attending school. The mother’s main goal in the lawsuit is to see her son be moved to high school, said the attorney.

“She’d like him to be promoted,” said Giles. The lawsuit also seeks home instruction, independent education evaluation for the boy. And legal fees.

This report was updated with the mother and son’s names on Dec. 2, 2017