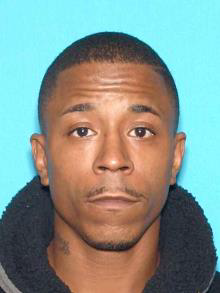 A city man has been arrested and charged with weapons offenses after allegedly wounding himself in a shooting on 20th Avenue, according to the Passaic County Prosecutor’s Office.

Bernard Mann, 34-year-old, is charged with unlawful possession of a handgun, handgun possession for unlawful purpose, and certain person not to have a weapon.

Mann shot himself in the area of 20th Avenue and Straight Street at around 12:50 a.m. on Friday, December 1, 2017. He sought treatment at St. Joseph’s Regional Medical Center.

Police responded to the hospital, but Mann refused to cooperate with detectives. Police determined he suffered a self-inflicted gunshot wound, authorities said.

Mann could face a long prison sentence if convicted on the charges. Prosecutors unsuccessfully attempted to hold him in Passaic County Jail until trial.