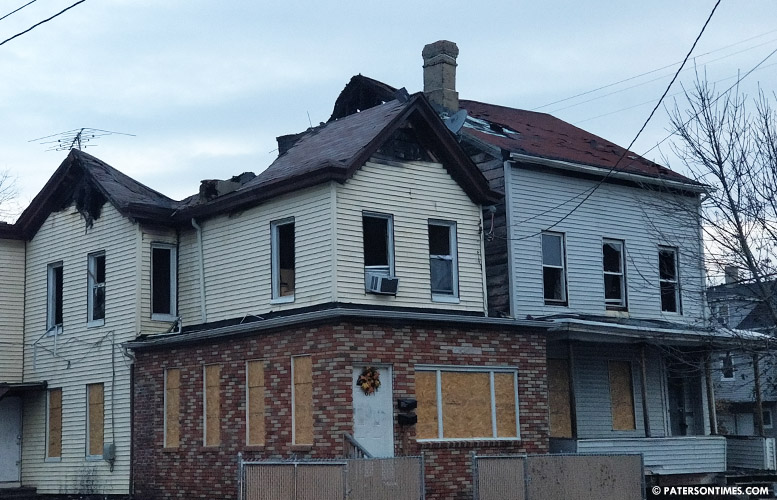 A three-alarm fire displaced 10 people on Sunday night and severely damaged two homes on Holsman Street, according to a fire official.

Firefighters rescued two dogs from the flames. Fire was reported at 69 Holsman Street at around 9:30 p.m. It quickly spread to 67 Holsman Street.

Firefighters knocked down the flames in both buildings by 10:40 p.m.