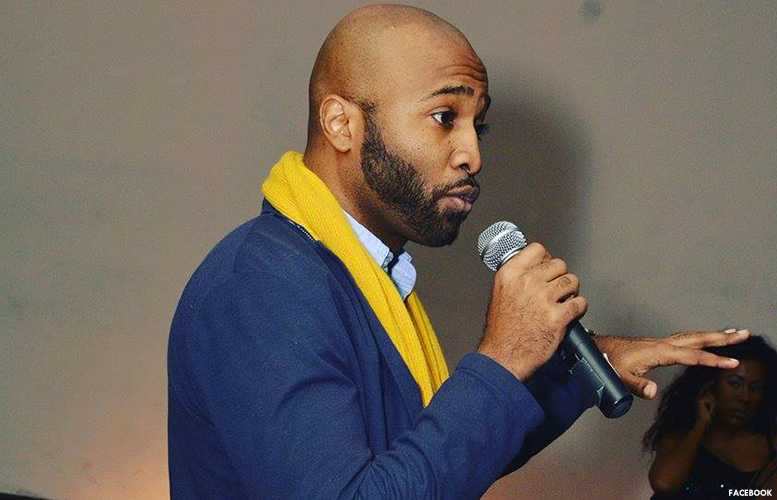 Zellie Thomas was present when Ferguson erupted in protest against a prejudiced police force that targeted African-Americans. He was there protesting against injustice. He was here marching through downtown Paterson after an unarmed man was shot by police outside the Frank X. Graves Public Safety Complex.

Thomas was seeking justice for the victims in both cases. His defense of human and civil rights earned him a recognition award from the New Jersey Education Association (NJEA), the state’s teachers’ union.

“I’m extremely honored,” said Thomas, a math teacher at School 16. His work as one of the firebrand leaders of the Black Lives Matter of Paterson is well-known; less known is the work he does in the classroom.

“I feel like superman, Clark Kent, keeping my secret identity,” he said on Wednesday morning.

Thomas cultivates a love for learning in his students. Majority of his pupils come from minority backgrounds. He urges his students to pursue higher education and become productive members of society.

“My teaching career has been geared towards the empowerment of elementary school children. I have a strong passion to educate young minds and help them blossom into well-rounded, responsible, and successful individuals,” said Thomas, 33.

Thomas has challenged racism in higher education in both Canada and the United States through a variety of movements and coalitions. His selection for the 44th annual Martin Luther King, Jr. Award for Human and Civil Rights was “unanimous.”

Thomas is a member of the Paterson Education Association, the local teachers’ union.

“We are all so very proud of him,” said John McEntee, Jr., president of the Paterson teachers’ union. He said union members were ecstatic to learn one of their own, Thomas, also known as Zellie Imani, is being recognized during this year’s award ceremony.

Thomas will be recognized at the Hilton in East Brunswick on Jan. 13, 2018.

Thomas one day hopes to teach literature or African-American studies at a college or university. He has a master’s degree and plans to pursue a doctorate.

An information brief announcing Thomas’ recognition reads: “He is inspiring a new generation to reach for higher standards of equality and justice for all.”