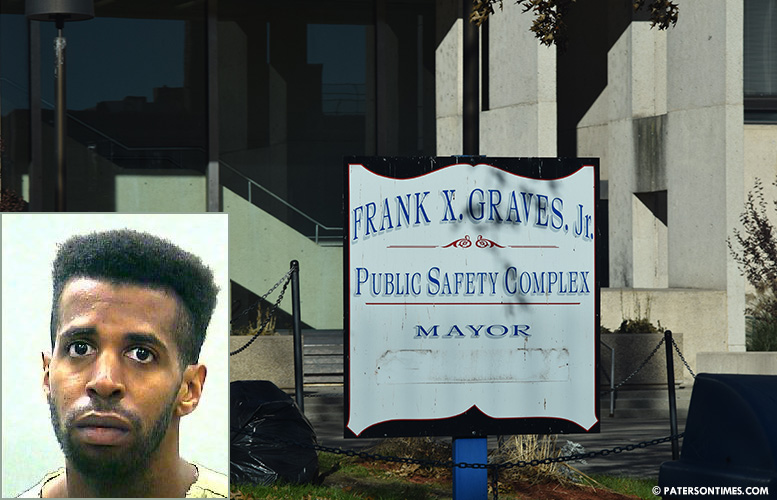 A Passaic County Jail inmate has filed a lawsuit against the city alleging police officers conducted an “illegal search” of his apartment, according court records.

Michael Goodwin claims three police officers assaulted him and dragged him through a hallway of his apartment on Oct. 13, 2017.

Police officers conducted a raid at 56 Manchester Avenue. Goodwin was charged with drug offenses for which he is being held at the Passaic County Jail. He has another charge for driving with a suspended license, according to jail records.

Goodwin had just gotten out of the South Woods State Prison. He was released on Aug. 25, 2017 after serving a three-year sentence for several aggravated assault offenses from 2013 and 2014.

Prior to that he had received a five-year sentence for manufacturing and dealing drugs. At the same time, Goodwin was convicted of weapons offenses, according to state prison records. The drugs manufacturing and weapons charges were from incidents that occurred in 2011.

Goodwin, 29, allegedly came out of prison and returned to dealing drugs. He is seeking $1.5 million in damages for pain, suffering, and “mental stress.”

“I have experience[d] police brutality after being detained [and] handcuffed behind my back,” Goodwin states in his lawsuit. “[I] can’t sleep as of now from thinking about being harmed from intimidation by force by Paterson police.”

Goodwin names police officers Ryan Duffy, Jason English, and Sgt. Pacelli (no first names provided in lawsuit; department has two Pacellis). One officer allegedly said at the scene, “Shoot this piece of shit in his leg if he tries to move or run while handcuffed.”

One of the officer has had a previous interaction with Goodwin. “Back a few years,” he writes, he was arrested for shooting someone. Police arrested him in March 2014 for shooting a 42-year-old man on Sparrow Street in 2013.

Goodwin was captured on surveillance camera leaving the scene of the shooting that led to his arrest.