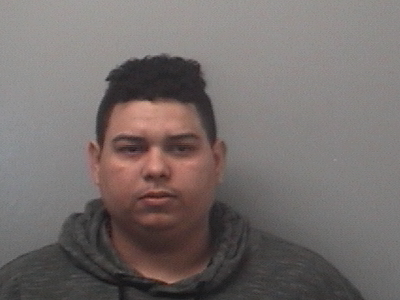 A city man was arrested with $9,080 in suspected drug proceeds and heroin in a motor vehicle stop on Putnam Street, according to Passaic County Sheriff Richard Berdnik.

26-year-old Vladimir E. Urena-Gonzalez was pulled over in a Honda Civic on Putnam and East 17th streets during a random plate inquiry, Berdnik said on Monday afternoon. Authorities found Urena-Gonzalez had an outstanding warrant out of Fort Lee.

Sgt. Jose Vargas conducted the motor vehicle stop, authorities said. He observed a small clear plastic wrapper containing heroin in the vehicle. A further search of the vehicle led to a container that had $9,080 in cash bundled in rubber bands with a black ledger notebook that had dates, names, and dollar amounts.

Urena-Gonzalez was charged with heroin possession and drug paraphernalia possession. He was released pending a court appearance.