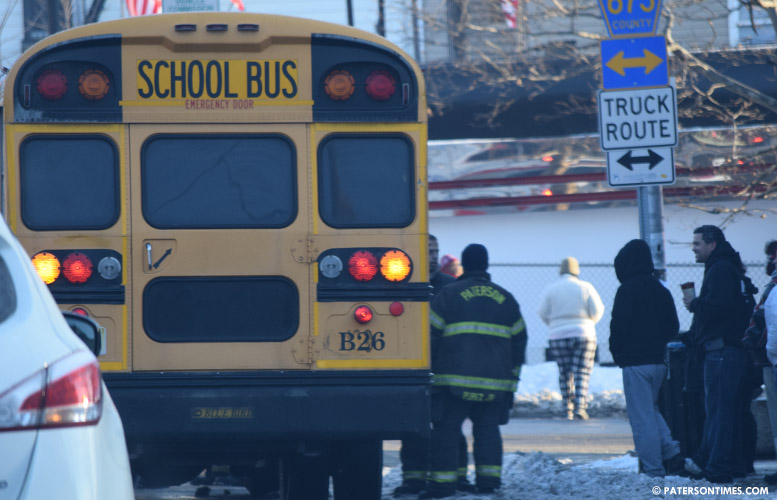 A school bus with students on board was involved in an accident on West Broadway and Union Avenue on Tuesday morning.

There were no injuries reported, said Terry Corallo, spokeswoman for the Paterson Public Schools.

Accident involved a large 4 Diamond Transportation school bus that was transporting students from School 14 to the Dale Avenue School. The incident, which slowed traffic at the busy intersection, was reported at about 8:10 a.m.

Emergency responders were at the scene while officers from the Passaic County Sheriff’s Office directed traffic.