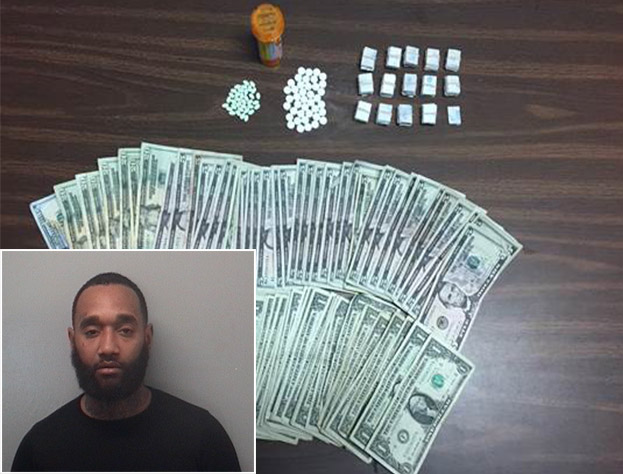 A city man was arrested on Monday night with heroin, Xanax, and Suboxone pills in a traffic stop on McLean Boulevard, according to Passaic County Sheriff Richard Berdnik.

Peeples also had $458 in suspected drug money, authorities said. He was a passenger in a 2005 gray Nissan Altima that was pulled over on 10th Avenue and East 33rd Street at around 6:45 p.m.

Officer Eric Blesing observed Peeples lean back, duck out of sight, and then sit back upright in the vehicle. Peeples was not wearing seat belt.

Blesing had Peeples empty all his pockets. Five packets of heroin fell out of Peeples’s pocket, authorities said. He was placed under arrest and handed over more heroin bags from his waistband.