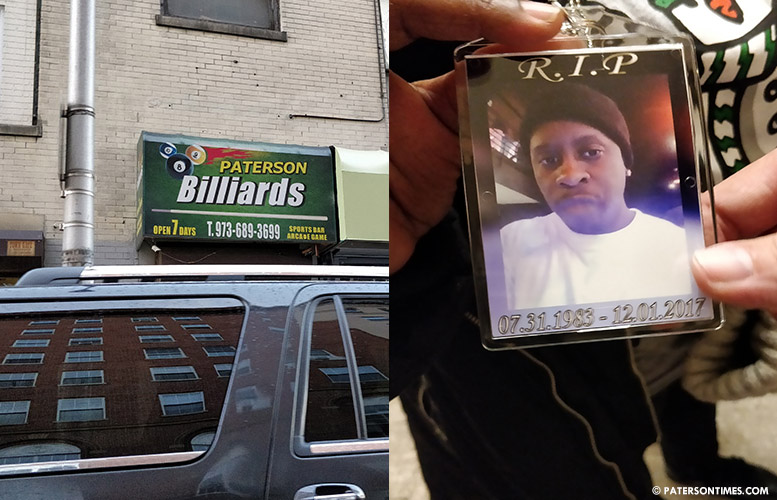 The owner of the Paterson Billiards, a pool hall where a man was murdered in early December, has agreed to cease operation following a heart-to-heart conversation with the deceased man’s family members on Tuesday night.

Sung Soo Kim, who has been operating the business for the past three years, said he won’t seek renewal for his pool hall license. This effectively shuts down his business which was the site of the Dec. 1, 2017 shooting that claimed the life of 34-year-old Dontrelle Horne.

Kim was overcome by guilt following the homicide.

Kim did not re-open his business following the killing, he said. He said an investor approached him to run the business as a membership only operation which prompted him to seek renewal for the pool hall license.

Council members, who have delayed approving the renewal and were scrutinizing the license, were scheduled to take a vote on the license on Tuesday night. Horne’s mother and several cousins attended the council meeting to oppose the license renewal. Six family members in all attended.

Both Kim and the family spoke at the meeting.

After Kim told the council he no longer wished to renew the license, some council members heaped praise on the business man.

“I think it’s honorable,” said Michael Jackson, 1st Ward councilman, describing Kim as the rare business man — “one in a million” – to accept responsibility for the incident that claimed a life.

“Thank you for doing the right thing,” added Andre Sayegh, 6th Ward councilman. The pool hall has been operating at the corner of Church and Market Streets for the past 25 years, according to Kim.

“I feel that he’s a human being with a heart,” said Horne-Fletcher. “He understands the loss of life. He has a conscience.”

Horne-Fletcher said Kim’s decision provided some solace for the loss of her son. She brought her deceased son to the meeting with her in the form of a portrait that hung around her neck.

“I brought him with me. I take him with me everywhere,” said Horne-Fletcher lifting up the portrait. “He’s always in my heart.”

Hornes is survived by his two children — an 11-year-old boy and a 6-year-old girl.