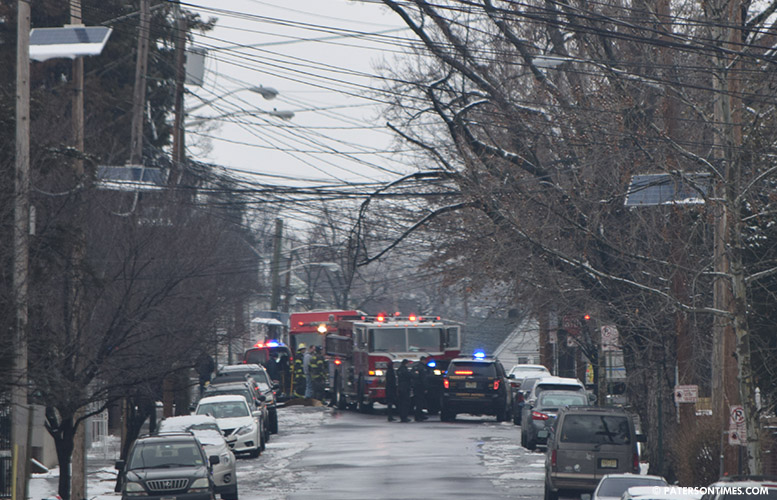 Firefighters put out a three-alarm blaze at a large vacant building on East 25th Street on Wednesday afternoon, according to deputy fire chief William Henderson.

A fire captain was injured battling the blaze at 571 East 25th Street.

Fire came in at 11:17 a.m. Firefighters saw visible flames on the second floor and the attic of the 2.5-story structure. Fire reached third alarm and threatened a neighboring building.

“We’re able to keep it confined to the fire building,” said Henderson.

The fire remains “an active and ongoing investigation,” according to Passaic County Prosecutor Camelia Valdes. Residents in the area reported seeing a man being taken into police custody soon after the building caught on fire.

Authorities have not filed any charges, according to Valdes office.