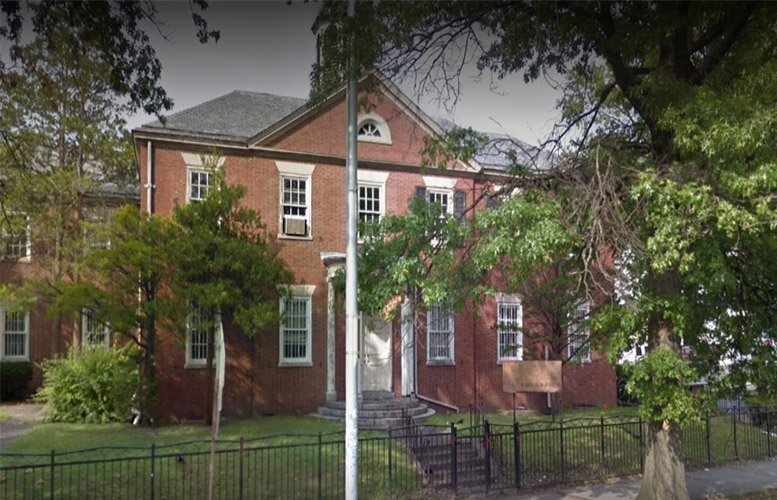 The school board is considering a five-year lease agreement that will cost $2.1 million for the old Lagarde Academy building on Broadway. The lease will allow the district to house two of its schools – the Young Men’s Academy and Stars Academy – which are in rented spaces to a single building.

The Young Men’s Academy, housed at a building in Prospect Park, will be moved to the leased space in the first year. In the second year, Stars Academy will follow. This consolidation will allow the district to end two lease agreements.

The lease agreement was up for a vote on Wednesday night. However, school board members said they have yet to review the agreement and needed more time before taking a vote.

“I just got this. So, I really haven’t had the opportunity to delve through it and actually understand it,” said school board member Kenneth Simmons. He asked Bob Murray, attorney for the Paterson Public Schools, for an overview of the lease agreement with Michael John’s LLC. which is owned by former city school teacher Michael Sico and his father former district assistant superintendent John Sico.

The father and son, who operate the Math, Science, Technology, Science (M.E.T.S.) Charter School of Jersey City, purchased the building for $350,000 in Oct. 2017. Before buying the building, the Sicos were in talks to lease the space to the district. Officials said the possibility of the district leasing the space which will have 18 classrooms and 51 parking spaces goes back to Sept. 2017.

“Is it time sensitive?” asked board member Nakima Redmon.

Acting superintendent Eileen Shafer replied in the affirmative. “As soon as it gets approved the landlord will start the work,” she said. Developers have to secure permits from the city and have the building ready in eight months.

School board member Manny Martinez asked whether this will produce savings.

“Right now, it will be awash,” said Shafer.

School board president Oshin Castillo allowed the Sicos to addresses the board on the lease agreement.

A bizarre scene unfolded. Both the father and son aggressively pushed for the school board to approve the agreement.

Both men took issue with the board taking a vote on the lease next week.

“It will be impossible to have the building ready by August 1,” John Sico, who previously worked at the district for 37 years, told the board. “There’s a lot of variables when you’re doing construction. You have a deal of a lifetime. It’s built to your specifications.”

“We can’t wait seven days. If you table it you may not have a deal,” said John Sico.

“The offer was valid for tonight. We’re making no promises for next week,” added Michael Sico. He said the district will save money by having a single nurse for both schools. It will also save on transportation, and maintenance.

Savings from nursing services won’t materialize until the second year.

Savings from transportation is not likely to be a great sum. All students of Stars Academy, which educates special needs children, must be provided transportation, according to officials.

Not all students of the Young Men’s Academy receive transportation. Even if transportation is eliminated for every student that’s not likely to produce a significant amount in savings due to the small number of students.

School board members Flavio Rivera and Redmon pushed back on the hard sell.

“This is not the way we do business here,” said Rivera. He said the lease was not vetted through the fiscal committee. “It will be irresponsible on my part to vote on a five-year lease, where we’re allocating few million dollars, without discussing it with my colleagues and asking the questions that need to be asked.”

Both Sicos said the school board should have been better informed of the agreement by their attorneys. Lease agreement was undergoing revision as recent as this weekend, said Murray.

The building which was constructed in the late 1800s has three other offers from a parochial school, a day care, and a charter school, according to the Sicos.