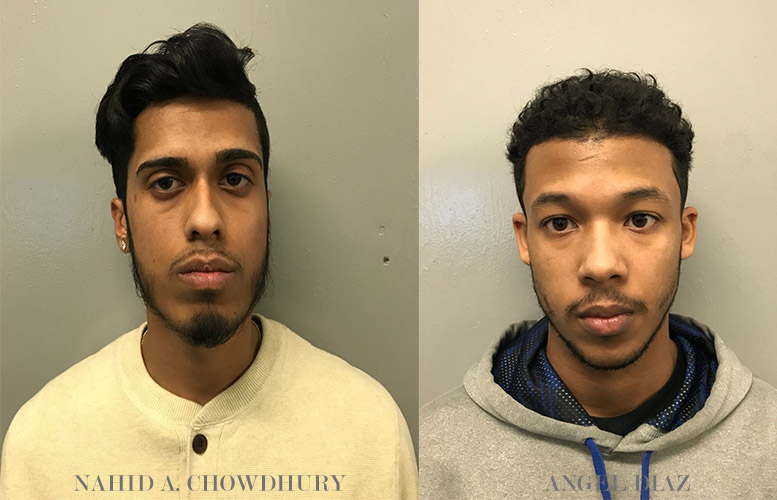 A man from Prospect Park and another from Paterson were busted while allegedly completing a hand-to-hand drug transaction on Wednesday night leading to the seizure of three pounds of marijuana, according to Passaic County Sheriff Richard Berdnik.

Detectives apprehended Nahid A. Chowdhury, 19, of Prospect Park, and Angel Diaz, 20, of Paterson, on Wayne Avenue at around 6:18 p.m. Authorities charged both men with various drug offenses.

Diaz and Chowdhury were busted on Wayne Avenue and James Street. Detectives on surveillance of the area due to complaints of drug dealing observed Chowdhury double park his black Infiniti in front of 211 Wayne Avenue.

Diaz exited 211 Wayne Avenue and approached the driver side window of the car. Detectives observed a hand-to-hand drug sale. Diaz was approached while walking away from the car and placed under arrest

Diaz had one bag containing 3 grams of marijuana. Chowdhury was followed as he drove out of the area.

Chowdhury was charged with nine drug offenses for distribution and taken to Passaic County Jail. Diaz was charged with marijuana possession and released on his own pending court appearance.