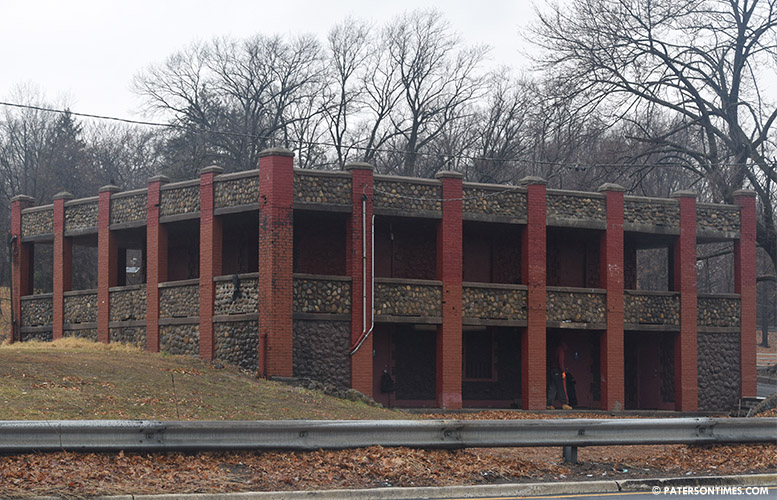 The city plans to rehabilitate the historic Cricket Clubhouse at Eastside Park using $259,057 in federal grant funds, according to municipal officials.

Rehabilitation work will focus on the exterior of the building from “top to bottom,” said Gianfranco Archimede, executive director of the Historic Preservation Commission. He said the roof of the building has not been draining properly for years causing cracks in the brick and mortar below.

The drainage and roof will be addressed as part of the project, he said. He said the plan also includes installation of an accessibility ramp. Also, the doors and windows of the two-story red structure that’s visible from Route 20 have to be replaced to secure the building.

“The point of getting the building back in shape is to return it to the community for concessions during ball games,” said Archimede. The fields at Eastside Park, particularly Larry Doby Field, are heavily used for little league activities.

This is not the first project to restore the Cricket Clubhouse. In 2015, the city spent $52,000 to repair and restore the bathroom on the bottom floor of the building. For at least a year, the toilets on the bottom floor have been operational, said Archimede. Prior to the restoration of the bathroom there were no toilets on the lower level of Eastside Park.

Archimede is also looking at the possibility of having a kitchen area for concessionaires in the building. He said there’s already rolling doors and a counter that would allow patrons to walk up to order French fries or other food items.

“We’d like to get the building ready for that use in the future. However, I’m not really sure we have the budget to complete all of that interior work,” said Archimede. The alternative plan would also include electricity and hook ups for the kitchen, he said.

“This is one of three remaining intact buildings from that era,” said Archimede. “It’s part of the historic development of Eastside Park.”

Cricket was a popular sport in Paterson in the middle part of the 1800s and early 1900s. The Paterson Cricket Club practiced at the park.

The city will likely put the project, which will be funded by the U.S. Department of Housing and Urban Development (HUD) Community Development Block Grant (CDBG) money, out to bid next month.