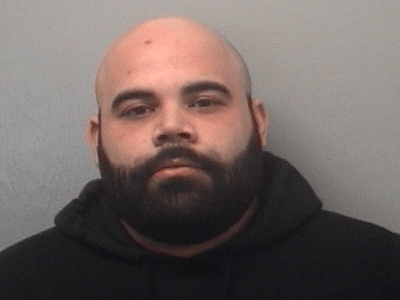 A city man was arrested on Friday for allegedly running a drug dealing operation from a house on 6th Avenue, according to Passaic County Sheriff Richard Berdnik.

Elias Jerez-Inoa, 30-year-old, was charged with fifteen counts of drug possession, distribution, and distribution in a school zone.

Authorities seized 33 bags of crack cocaine, 35 bags of powdered cocaine, 42 bags of heroin, and some marijuana in the bust.

An investigation into Jerez-Inoa’s activities began earlier this month after authorities received information he was using 274 6th Avenue to deal drugs. At 2:50 p.m. on Friday, detectives observed Jerez-Inoa leave 367 17th Avenue with a small plastic bag.

Detectives followed Jerez-Inoa as he drove his silver Honda CRV to the 6th Avenue house. He exited the vehicle with the same bag in hand and entered a detached shed in the rear of the driveway.

Jerez-Inoa returned from the shed, got into his car, and exited the driveway. Detectives stopped him a short distance from the house and found drugs and cash in his possession. A search of the 6th Avenue house and shed yielded 33 bags of crack cocaine, 35 bags of powdered cocaine, 42 bags of heroin, some marijuana, and $1,405 in cash.

Detectives were met by Jerez-Inoa’s mother and several other individuals at the home when the warrant was served, authorities said.

A search of the house on 17th Avenue yielded $3,935 in cash from Jerez-Inoa’s bedroom.