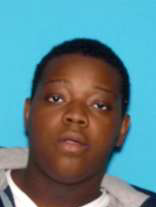 A city man has been charged with attempted murder and weapons offenses for allegedly shooting a man on Godwin Avenue over the weekend.

Police arrested Jamar Godwin-Deavereaux, 24-year-old, on Monday. He is accused of shooting a 26-year-old man on Godwin Avenue on Saturday.

Authorities charged him with having a rifle and a silencer in the incident. Police responded to report of a shooting victim inside an apartment on 12th Avenue between Carroll Street and Rosa Parks Boulevard at around 4:13 a.m.

The victim was taken to St. Joseph’s Regional Medical Center. Police said he was treated and released.

Police identified Godwin-Deavereaux as the suspect in the incident, authorities said. He was found in possession of “numerous weapons” when authorities arrested him.

Godwin-Deavereaux faces a very long prison sentence if convicted. Prosecutors will file a motion for pretrial detention when he appears before a judge on Tuesday.