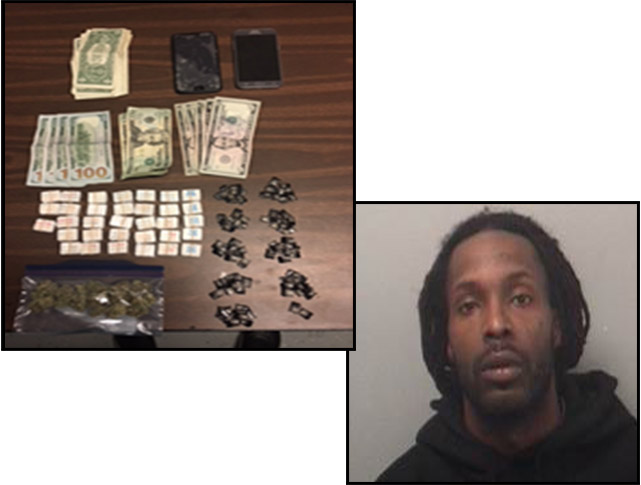 A city man out on parole was arrested inside a church on Thursday night with 328 glassine envelopes of heroin, 92 baggies of crack cocaine, and 19 grams of marijuana, according to Passaic County Sheriff Richard Berdnik.

Tyron Brown, 31-year-old, was arrested inside St. Paul’s Church on Van Houten and East 18th streets at around 8:43 p.m. He was wanted for a parole violation. Authorities said he violated the terms of the Intensive Supervision Program by committing a previous third-degree drug offense.

Sheriff’s officer met with a parole officer outside the church. The officers were advised Brown is inside the building. Brown was located and placed under arrest. A search of Brown yielded two large zip-lock bags containing 92 small bags of crack cocaine, 327 glassine envelopes of heroin stamped “12STRONG” in blue ink and “FRANK LUCAS” in rainbow color, and 19 grams of marijuana.

Brown was charged with seven drug offenses. Drugs seized is valued at $2,100 on the street, authorities said.

Detectives recovered three cellphones and $486 in cash from Brown. He is being held at the Passaic County Jail.