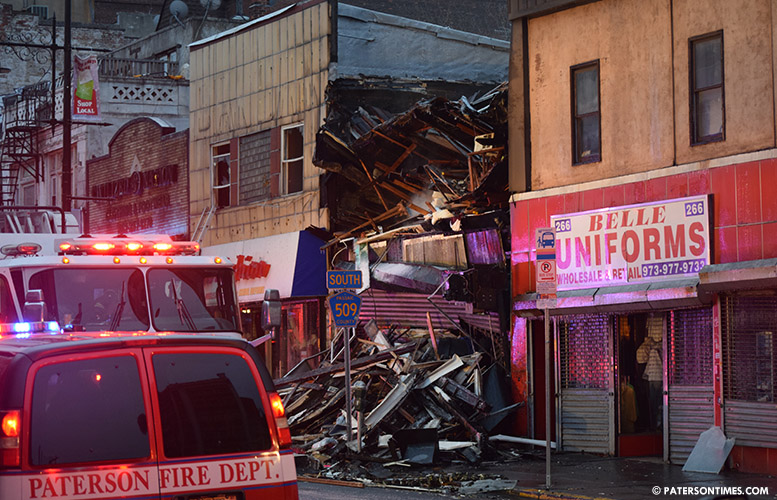 Fire started at 11:33 p.m. in the basement of 268 Main Street, according to fire officials. 80 firefighters worked overnight to contain the flames.

Two other buildings – 266 and 270 Main Street — on both sides were damaged by the fire.

The building had a Boost Mobile store on the bottom floor and apartments on top.

“I paid my phone bill yesterday,” said Alejandro Natias, who watched the destroyed building from across the street, speaking of the cellphone store. “It’s terrible. I guess I’ll go to the one down the street.”

The cause of the fire remains under investigation, officials said. The four displaced families are being assisted by the American Red Cross.