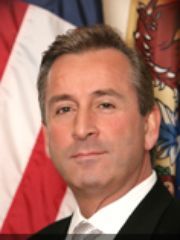 The man hired almost three years ago to control workers compensation costs by weeding out fraud was suspended on Monday afternoon amid an investigation into big increases in the city’s medical payments for workers comp. cases.

Samir Goow was placed on unpaid suspension at end of day yesterday, according to municipal officials. He is accused of conduct unbecoming of a public employee.

Goow did not respond to a call for comment on Tuesday.

Goow has worked from within the city’s legal department since disgraced mayor Jose “Joey” Torres hired him in 2015.

Law director Domenick Stampone did not respond to a message for comment.

Goow was given a part-time job that paid $29,000 by Torres. He was praised by municipal officials in 2016 for clearing old claims and reducing the number of new ones. He also cracked down on phony workers compensation claims.

The city council even passed a measure that gave Goow leeway to settle small workers comp. and liability claims without going to the governing body for a vote. The council previously had to approve every case through resolutions.

The numbers of cases have gone down; however, the city’s medical expenses have gone up, according to officials.

The probe is focused on $2 million increase in medical payments, according to an official.

Goow, who is the brother of former councilman Alson Goow, previously served on the board of the Paterson Parking Authority.

Mayor Jane Williams-Warren did not respond to a call for comment.