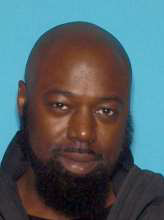 A city man was arrested and charged with attempted murder on Thursday for his involvement in a shooting on Van Houten Street, according to the Passaic County Prosecutor’s Office.

Keith Hill, 48-year-old, is charged with attempted murder and weapons offenses, authorities said. He is accused of shooting at a 34-year-old city woman in the area of 15 Van Houten Street on April 13, 2017.

Hill allegedly shot at the woman’s car. She was not injured. Following an investigation, detectives identified Hill as the suspect in the shooting.

Authorities charged Hill with certain person not to have a firearm, an offense that indicates as past conviction.

The attempted murder charge carries a maximum of 20 years in prison.