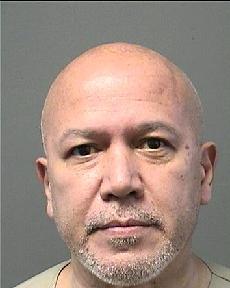 Former mayor Jose “Joey” Torres’s request for early release from state prison has been denied, according to the New Jersey Administrative Office of the Courts.

Torres applied for the special parole Intensive Supervision Program (ISP), but his application was rejected. His attorneys had said the former mayor would apply for the program after he was sentenced to a five-year prison term in November 2017.

John Azzarello, who represented Torres in the case, did not respond to a call for comment on Thursday afternoon.

It’s not clear when Torres applied to the program. It’s also not clear whether he is able to appeal the denial.

The New Jersey Attorney General’s Office at the time of sentencing had said prosecutors would oppose Torres’ application for early release. A spokesman for the attorney general’s office did not immediately respond for comments.

All three supervisors pleaded guilty and agreed to testify against Torres. None of them had to serve prison time.

Torres, 59, has been held at the Central Reception and Assignment Facility (CRAF) in Trenton, since Nov. 14, 2017. He will be eligible for parole on Feb. 23, 2019, according to the New Jersey Department of Corrections.