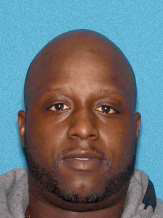 A city man wanted for a shooting on Godwin Avenue surrendered to police on Monday, according to authorities.

Tyheem T. Jones, 35-year-old, has been charged with attempted murder and weapons offenses. He is accused of shooting a 29-year-old city man on Godwin Avenue last Wednesday.

Detectives identified Jones as the alleged suspect in the shooting.

Jones could face a maximum of 20 years behind bars for first-degree attempted murder offense.

Jones was previously convicted on aggravated assault in 2010, according to state records. Before that in 2003, Jones was convicted of manufacturing and distributing heroin.