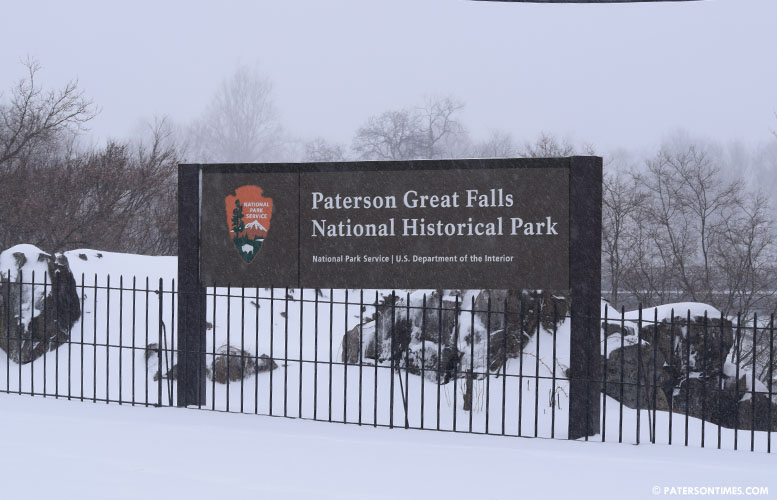 308,000 visitors came to the Great Falls in 2017, up from 177,000 the previous year. The increase is attributed to the many events and programs that took place at the park in the past year. For example, the city marked its 225th anniversary with various events. There was an “Eclipse Party” that was held in last August that attracted a couple thousand viewers.

“I am delighted by the growing popularity of the Paterson Great Falls National Historical Park. Almost ten years have passed since my legislation to designate the Paterson Great Falls as a national park first passed the U.S. House,” said Rep. Bill Pascrell, Jr. “The cradle of the American industrial revolution, the Falls is one of the environmental crown jewels not just of New Jersey, but for the entire United States.”

The park also received visitors through its Asphalt Art Competition, Earth Day Clean-Up and Science Expo, and the naturalization ceremony. More young people from city schools visited the park through the annual Every Kid in a Park program.

Popular events like the Great Falls Festival, a festival sponsored by the local police union, and the Hinchliffe Stadium midget car expo also contributed to breaking the 2016 record.

“2017 was our first full year of gathering visitation numbers and we fully expected a substantial increase based on the attendance seen at park events and programs,” said Darren Boch, superintendent of the Great Falls National Historical Park. “And with the renovation of Overlook Park expected to be completed this summer, as well as the installation of a new ‘Great Lawn’ park and visitor center in the years that follow, we are hopeful that this great urban national park will continue to attract new and repeat visitors to America’s first planned city of industry and innovation.”

The park is still a work in progress. So far Mary Ellen Kramer Park has been completed. There are construction crews busy restoring Hinchliffe Stadium and renovating Overlook Park.

“That’s pretty big,” said Bob Guarasci, a member of the Great Falls Advisory Commission, when told of the 74-percent increase. “I’ve noticed more people around the park.” He said people flock to the park during major rain events to witness see the Great Falls.

“We’ve been getting a lot of good press,” said Theodore “TJ” Best, chairman of the Great Falls Advisory Commission. He said there have been features about the Great Falls in major national newspapers like the New York Times, the Washington Post, and the Wall Street Journal.

Best said the Hamilton Partnership for Paterson has been successful in connecting the wildly successful “Hamilton: An American Musical” to the Great Falls and Paterson. Alexander Hamilton founded the City of Paterson to reduce American reliance on European industrial goods.

The film “Paterson” also played a role in getting more visitors to the city. Hometown hip-hop artist Fetty Wap has also put a spotlight on Paterson, said Best.

There’s also the Art Factory close to the Great Falls.

“A lot of people from New York City have been flocking to the Art Factory. Because the falls is only a block away, they are going to the falls. A lot of people are using the Great Falls as an inspiration for paintings, photo-shoots, and video-shoots,” said Best.

Best said the visitor count will likely double again once the Great Lawn and Overlook Park are finished.

“In his epic poem about Paterson and the Great Falls, William Carlos Williams described ‘the roar of the river forever in our ears’ and the ‘recoil of spray and rainbow mists,’ and now more and more Americans are seeing that same grandeur for themselves,” said Pascrell.