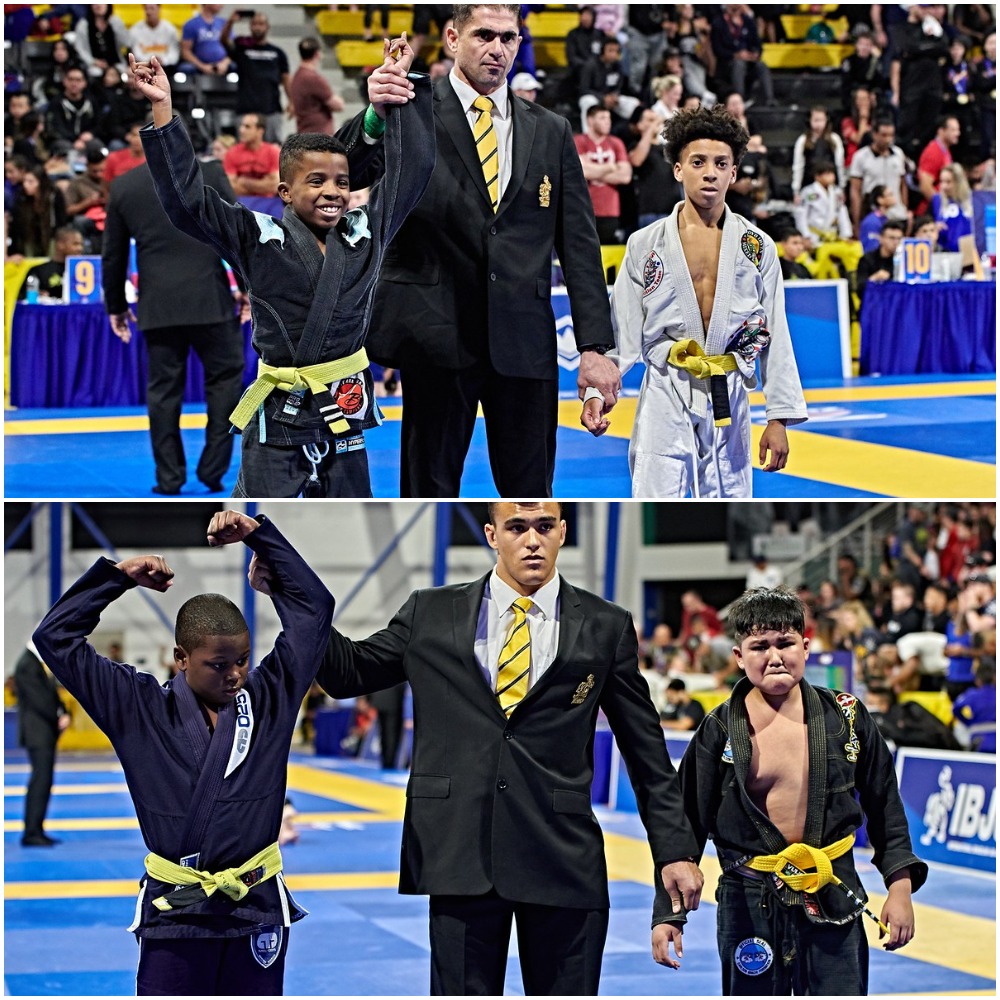 “It’s the biggest tournament in the world,” said the boys’ father Naji Mitchell. Over 600 people attended and 30 teams competed. “I’m really proud of them. This is the first year Jalen won it.”

Jalen (pictured, top, left) has been trying for the past few years. He won a silver medal two years ago, said the dad. He defeated a three-time former champion to win his gold medal this year.

Both boys have won more than 100 contests over the years. Both have been recognized by municipal officials for properly representing their hometown throughout the United States.

Mitchell and Dixon (pictured, bottom, left) are in the fifth-grade at School 25, said the dad.

The wins do not come easy. The boys spend enormous amounts of time and effort at the Unity Jiu-jitsu School in Totowa  preparing for the contests. Their school had 14 competitors. They won 8 gold and 3 silver medals.

The school is placed 9th in the world and is the highest ranking in the East Coast.

The father said the boys are gearing up for the next competition in Las Vegas slated to take place in the last week of June.